Every once in a while, we read something that sticks with us. In 2008, we came upon an article by Gary Wolf in Wired magazine which did exactly that. It was coincidental that the subject of the article was on remembering things. The piece, about a Polish scientist named Piotr Wozniak, piqued our curiousity because of our interest in "brain hacks." 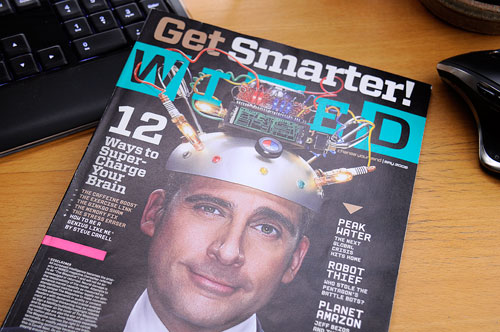 The brain is obviously highly programmable. The “flaw” is it doesn’t come with an instruction manual. We know it works, but most of us do not really how or why. Over the last few thousand years, those interested (monks, magicians, scientists, etc.) have gained some insight into its workings. Some have even begun to discover ways to make it work more efficiently. Dr. Wozniak is one of those folks. His research indicated  that best time to reinforce a memory is when one is about to forget it. Do it too soon and the brain will ignore it. Do it too late and the brain will think it is seeing it for the first time. This is called “spaced-repetition learning (SRL).”

Spaced-repetition learning is why immersion has been the most effective (NOT necessarily the most efficient) method to learn a language. The probability of being “reminded” of a word or phrase which one was about to forget goes up significantly when the opportunities for speaking it come as often as possible. Those situations won’t happen often enough if learning was done only during class time. So students are encouraged to “study” outside of class. The problem is, unless the timing of the repeated exposures are correct, a lot of those efforts will be wasted.

The idea of spaced-repetition learning has been discussed in psychology circles since the 1800s, but the mathematical understanding of the mechanism eluded researchers until computers made it possible for researchers to attempt to sort things out. The paper by a group of Cornell researchers, published a year ago, presented a fascinating look into the modeling of the mechanism of SRL. They discussed various algorithms used to create the spacing, the assumptions used, and the limitations of those assumptions.

While the models are idealized situations and real-life ones are much messier, they are a great starting point for further refinements. In the paper, the authors presented the mathematical basis of those models with sufficient detail for anyone interested to go deeper.

We are interested in exploring just how much we can enhance the abilities of our middle-aged brain. To that end, in 2013, we will shift our efforts and have more of these types of articles. The goal will be to explore ways to rebuild and maybe make better use of the brain we have 🙂 We are excited and are looking forward to our new focus.