Most electric shavers will last a good long time. When one stops working, it is often just the rechargeable battery that needs replacing.

This DIY project shows one such repair effort. 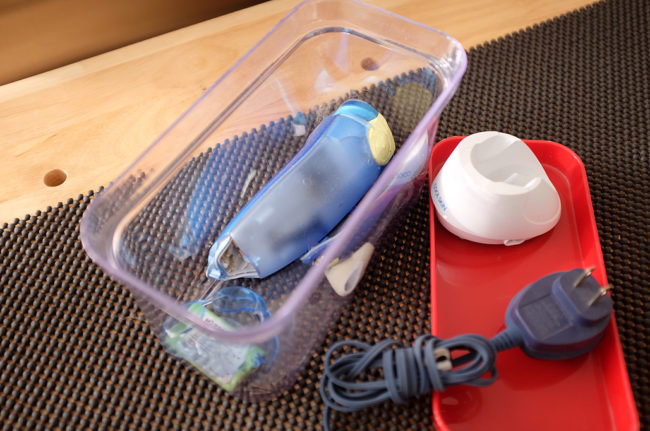 A few years back, one of the guys in the office complained that his electric shaver was no longer working. After he got a new one, we had him bring in the old one because we wanted to take apart to see what was what. And promptly forgot about it.

Recently, someone else’s 10-years-old unit finally gave up the ghost. Since the part that broke was mechanical and could not be fixed, we thought “The one on the DIY Project shelf is probably just a dead rechargeable battery.”

So we took that apart, found a replacement battery on EBay, and went about “fixing” it.

Taking a shaver apart is mostly about looking for and removing all the screws we could find in order to remove the cover without breaking it. 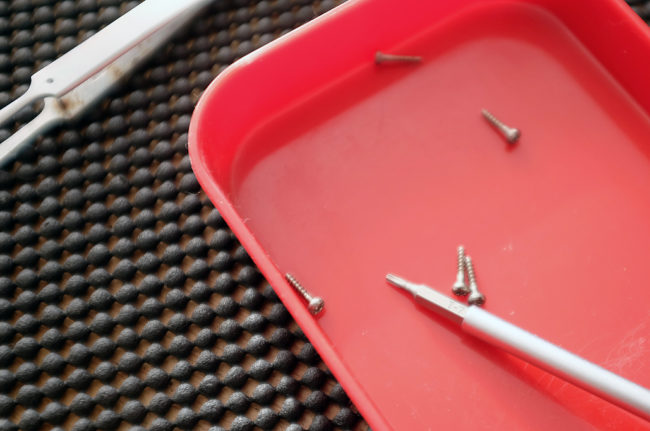 Screw: “a short, slender, sharp-pointed metal pin with a raised helical thread running around it and a slotted head, used to join things together by being rotated so that it pierces wood or other material and is held tightly in place.”

The original battery had leads which were soldered in place (not surprising as the battery was not a user-replaceable part). That meant that in order to remove the old battery, we had to snip the leads.

Since we would rather not have to resolder the new one back in, we left enough of the leads so they would act as “contacts” for the new battery. 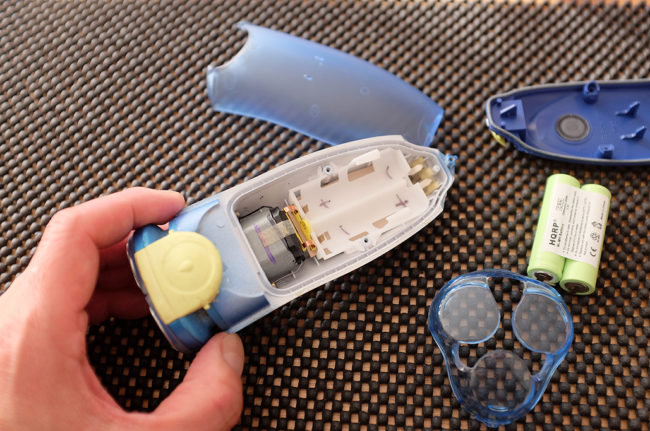 “Jim, your Tri-corder is all out of tricordium.”

The red arrows (below) are pointing to the cut leads.

We have messed up enough repairs to know to that marking the battery orientations is waaaay better than depending on memory. 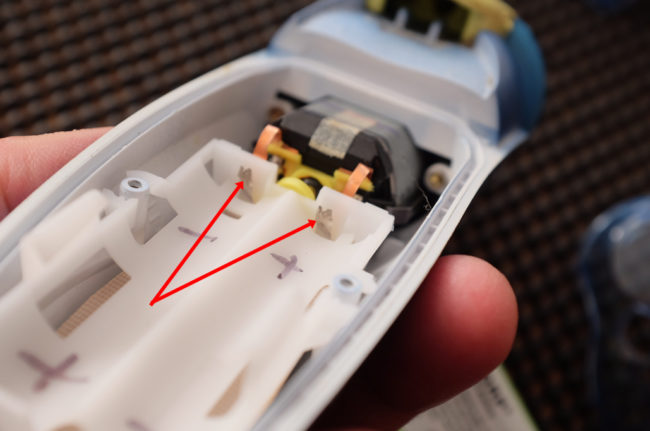 Shin bone, knee bone; got it.

The replacement pack came with the batteries already connected in series, so it was pretty much a plug-and-play operation, as long as we installed it with the proper “+/-” orientation.

Good thing we had marked that when taking out the old battery! 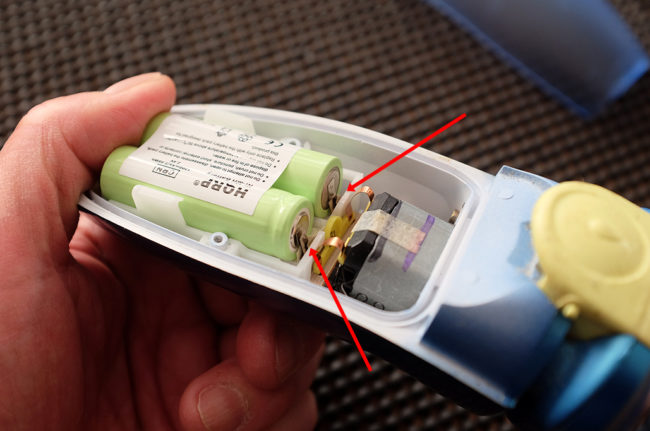 Of course…it is not a DIY project if there aren’t any extra pieces left over after putting the thing back together. 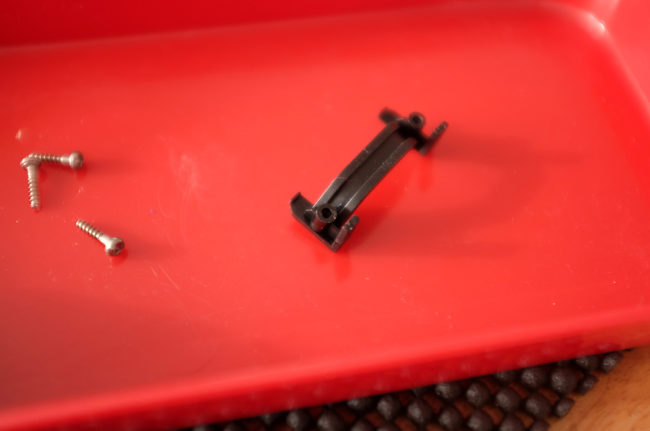 As it turned out, the piece was to anchor the screws to the back cover. We thought those screws weren’t “biting” into anything when we put them back in, and this explained why! 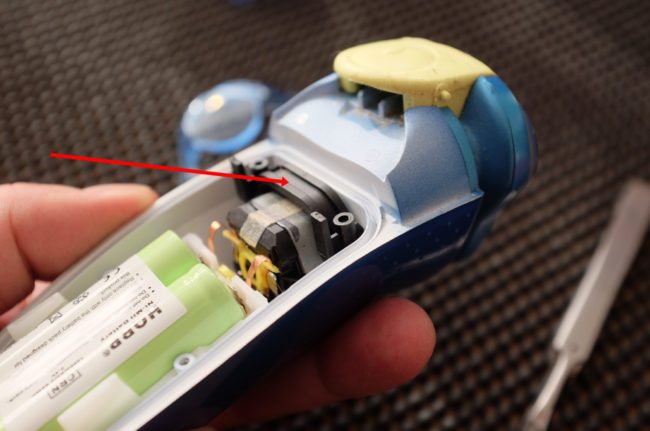 “A place for everything, everything in its place.” So true, Mr. Franklin, so true.

After reassembling the unit, we got the “green” charging light when we placed it into the charging base. 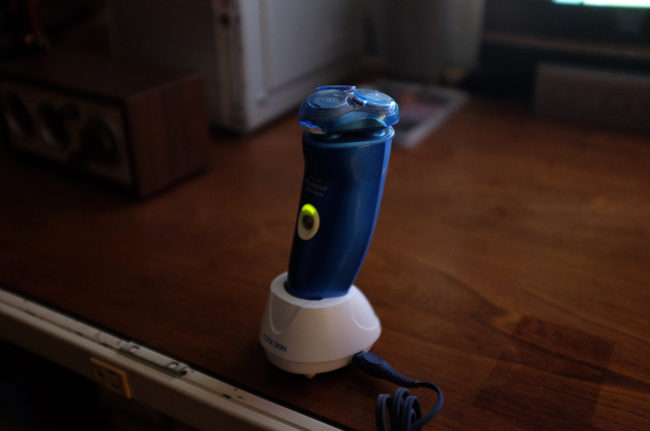 Now shave off that stubble!