Another FirstGrill is in the books. The phrase from the RainyDayCrew which summed it best was “GAWD…that was fun!”

The FirstGrill Sponsors post went live early last week. The RainyDayCrew spent the rest of the week getting things ready for our guests. 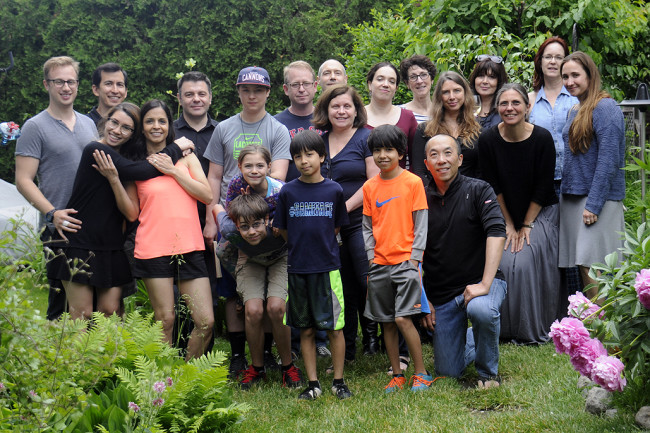 We tested Heinz’s five new BBQ sauces on a variety of meats (pork, chicken thighs/drumsticks, london broil, lamb, and a variety of sausages). The five new sauces from Heinz… according to Gordon (who hails from TX), the Texas one is definitely authentic!

While all of the sauces were delicious, ranking from those who gave feedback is:

All the meats were sous vide cooked ahead of time and flash grilled to give it the finish. Our sous vide setup (left: Anova, right: Sansaire)… yes, it looks like a mad-scientist experiment. 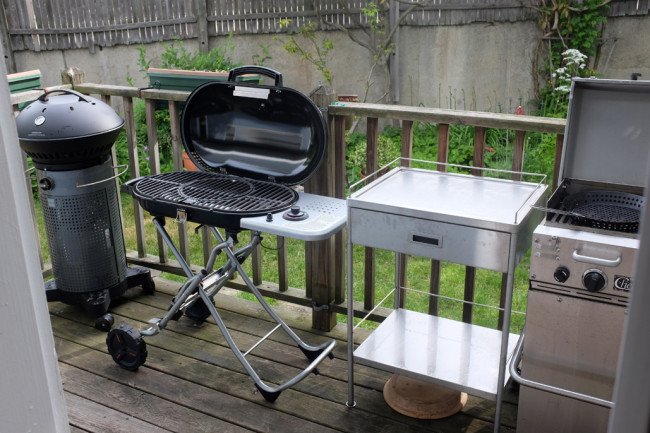 The three grills used this year (L-R): Fuego, STOK Gridiron, and TEC Cherokee. The new grill this year was the STOK (center grill) courtesy of our friends at Home Depot…pretty decent cooking surface, portable, and has an interchangeable center piece.

The TEC Cherokee is still our favorite of all the grills… it is hard to beat this personal size 800º infrared grill if you only need to cook for a few people. Fast, caramelize-y, and as cute as a button! 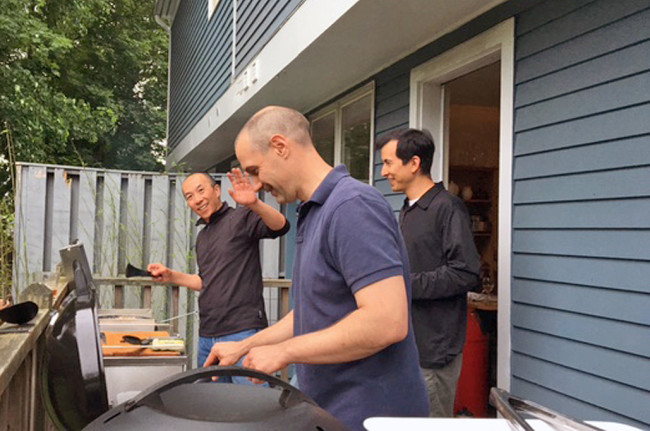 Quite a few of us got first-hand experience with the STOK. We did get the temp up to 400º with the lid down, but noticed a few quirks now that we have used it. We’ll have more on the particulars in the FirstUse write-up. 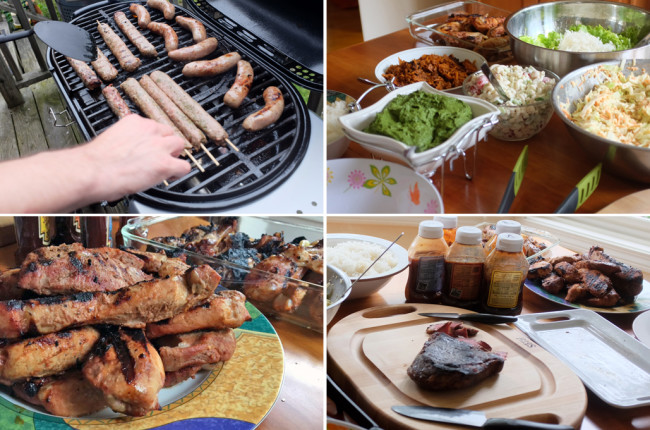 With much of the food already cooked, this was the first year that we were able to serve all the meats at the same time. The london broil was “ready” in 3 minutes… and it was a perfect medium edge to edge!

We served the london broil using Boos’ new Chop-N-Serve maple cutting board. The built-in handle is genius! We were able to bring the board out to the grill, put the meat on it, let it rest, and cut/serve it without breaking stride. Even though the board—like all Boos boards—is substantial, the handle made carrying and moving it around a snap. 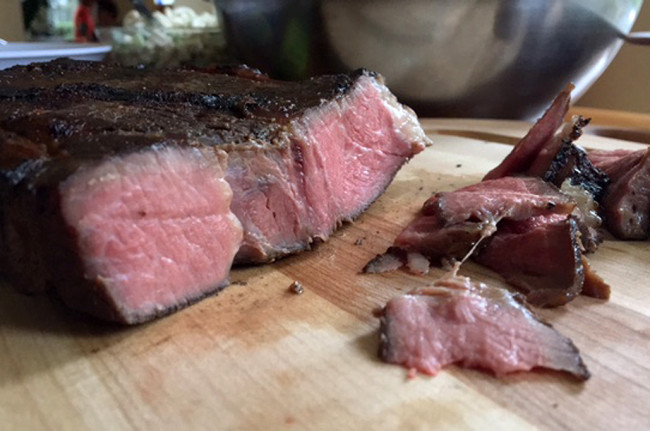 To let our guests experience the sharpness of the Kyocera’s 5.5″ ceramic Santoku and 3″ paring knives, this year we let them cut and serve themselves. One of the guests was surprised that something so light could cut “like the meat wasn’t even there.” 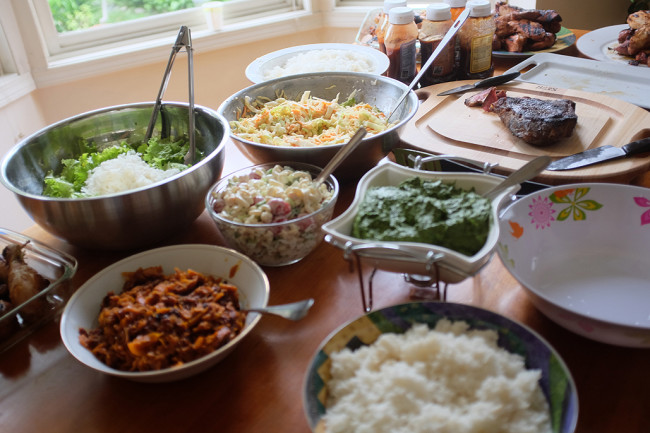 For the vegetarians, we had the following:

The event started at 2PM and the last of the guests finally left at 9PM. The crew spent a few more hours cleaning up and we all packed it in by 11PM.  “GAWD…that was fun!” is right 🙂

Thank you to all of our guests for helping RainyDayMagazine kick off our grilling season!!!