We all wish we had more time to do the things we want. In trying to do as much as we can, we rush around multi-tasking and often end up taking longer to accomplish less. A few years ago, we gave a mention to Carl Honore and his book “In Praise of SLOW.”Last July, we asked readers what did they really want to get out of their time? A few days ago, we stumbled upon a three-year old Washington Post article and the following video clip:

It was a typical January morning in 2007.  A young man with a violin played six Bach pieces for about an hour at a metro station in Washington, DC. During that time, around 2,000 morning commuters pass through the station on their way to work.

The following were some notable points in the Washington Post article: 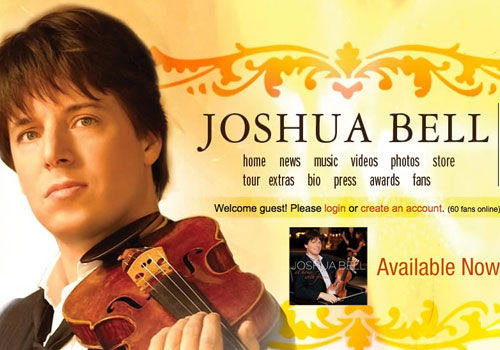 The violinist who performed in the D.C. station was Joshua Bell, one of the greatest musicians in the world. The social experiment was organized by the Washington Post to explore the relationship of perception, expectations, and people’s priorities. Joshua Bell, playing incognito, performed one of the more challenging pieces ever written, with a violin worth over $3 million dollars. Just a few days before, Joshua Bell played the same pieces to a crowd in Boston concert hall where the averaged ticket price was $100 each.

The experiment raised some interesting questions:

One point to ponder this weekend while you are trying to relax: Would YOU have been too busy to stop and listen to a world-class musician, performing a beautiful piece of music, with one of the finest instrument ever made? The obvious follow-up question would be “Why?”