After our successful FirstUse outing with the Lensbaby Composer Pro and Edge 80 optic, we went looking for other locations to further "exercise" the lens. We packed up the Lensbaby gear and took a drive out to World's End in Hingham. As it was late October, foliage colors were on full display. The last time we were at World's End was the dead of Winter. We had a lovely visit then and thought we should definitely revisit it again during the Fall. Good thing we went when we did, because after the recent hurricane, there probably isn't much foliage left on the trees. 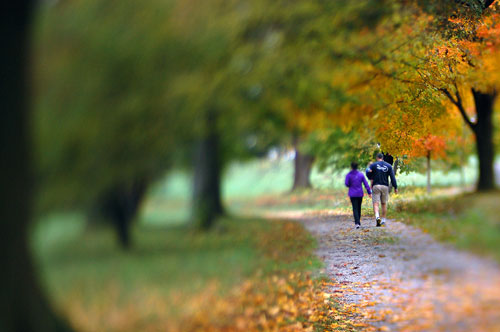 The ability to direct the viewer’s eye by is, of course, the reason for using a Lensbaby. The bonus of shooting Fall foliage with this lens is that the Lensbaby’s impressionistic effect works well with the colors. Landscape and scenic shots take on an entirely different quality through the Lensbaby. We especially liked some of the miniature/modeling perspectives created by the tilt-focus, giving the scenes a toy-like look which were interesting in their own right. 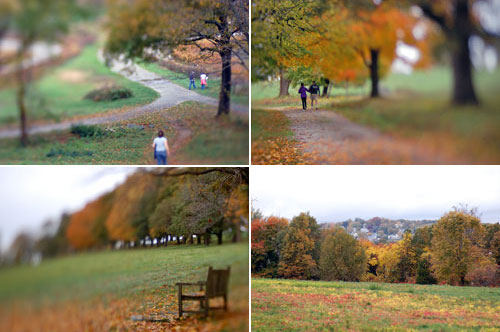 We mentioned in the Edge 80 FirstLook that it has macro capabilities. We did not take advantage of the feature during the NYC shoot because the day was too dark to allow us to use it. On this outing, even though there was cloud cover, the sun would peak out every so often. When that happened, it was more than bright enough and we took full advantage of it. The shots of a moth and wild flowers had details we did not expect to get shooting handheld (F2.8, 1/1,600). The bright clouds actually had a beneficial effect of diffusing and evenly lighting the scene. 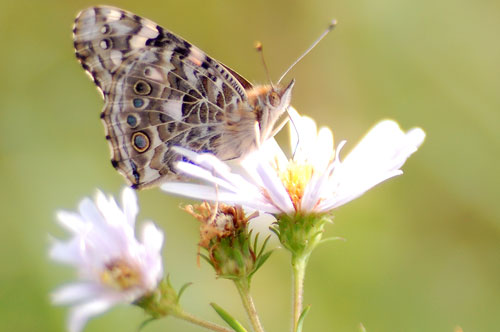 We had a lot of fun the Lensbaby on this shoot, and the big reason was the adjustable aperture. With it, we were able to concentrate on playing around with the creative instead of the mechanical aspects of the lens. With the older “drop in” mechanism, we never changed the aperture when we were out in the field because it was just too cumbersome. 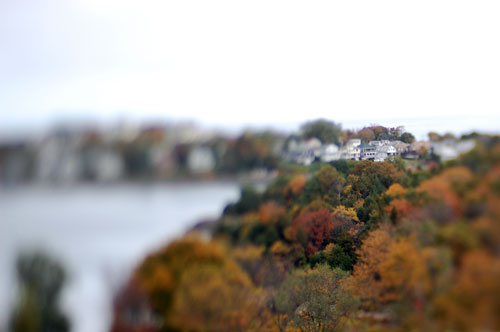 Even though the main purpose of this outing was to play with the Lensbaby, we also brought along the Nikkor 18-300mm

workhorse (FirstLook, FirstUse) with us on the trek. The clouds moved in and the day took on a much grayer color. Still, with the city of Boston in the distance, we thought it would be a good opportunity to see what the lens could do at various zoom settings. 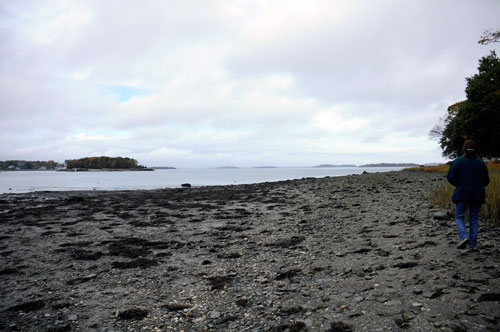 We did not have a tripod with us to steady the camera, so to compensate we opened up the lens and pushed the ASA (F5.6, ASA 1000, 1/1000). We expected the image to get noisier, but hoped that we would still get some usable pics. The Nikkor produced reasonable images at the various zoom settings (18mm, 82mm, 300mm), but because we had to use a wide aperture, we did get some noticeable vignetting. A smaller aperture would have addressed the problem, but we would have had to slow the shutter speed down to a point that we would not be able to hold it steady. 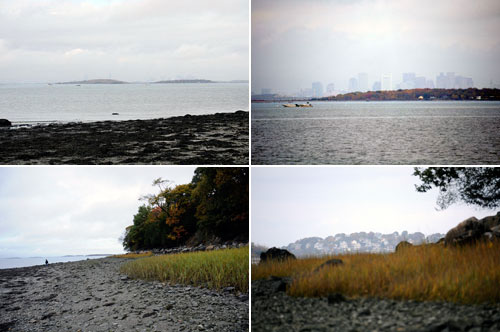 With every outing we appreciate more about our gear. On this one we had a great time with the new Lensbaby. It is not hard to understand why. The Lensbaby is designed to appeal to a photographer’s creative side by enabling them to see the world in a slightly different way. The more we use it, the more we are getting addicted to its way of seeing 🙂