Tilt and shift are two different types of selective focus techniques. Tilt is the angle of the lens plane relative to the image plane. It is used to control the orientation of the plane of focus, and hence the part of an image that appears sharp; it makes use of the Scheimpflug principle. Shift is the movement of the lens parallel to the image plane. It is helpful in avoiding the convergence of parallel lines, as when shooting tall buildings. 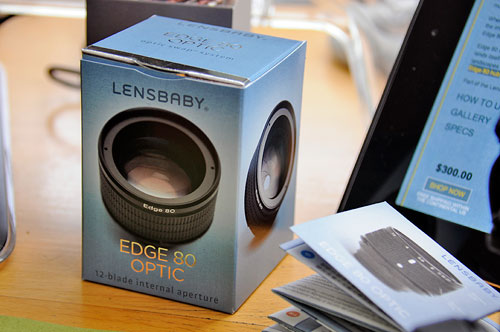 These selective focus techniques have been available to large-format photographers since the 30s. Because of their bellows construction, large-format cameras allow photographers to precisely control where to focus in the image by tilting and shifting the lens element. The same can be accomplished with a 35mm camera, but the lenses

have always been cost-prohibitive. With the recent release of the Edge 80 Optic, that cost barrier has finally been broken by the folks at Lensbaby. 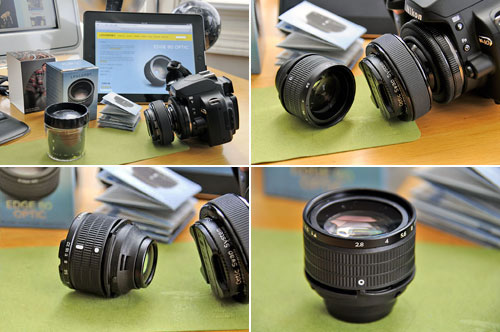 The Edge 80 Optic is an 80mm f/2.8 flat field of focus optic with a 12-blade adjustable aperture, and is part of Lensbaby’s Optic Swap system. The optic, when coupled with one of Lensbaby’s swivel mounts, will enable the photographer to control the tilt parameter. When tilted, the Edge 80 enables the photographer to position a slice of tack-sharp focus precisely where desired on the image, bordered by a soft blur. When pointed straight ahead, Edge 80 can be used like a straight lens. Edge 80 can also be used to great effect in any situation that lends itself to selective focus – from food photography to giving landscapes a “miniature” appearance. 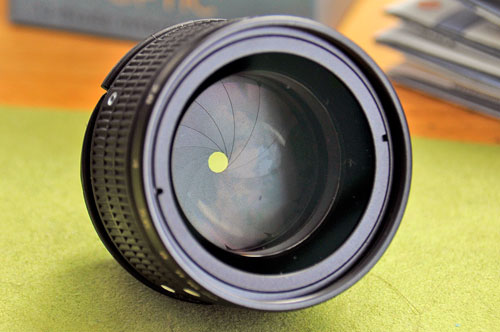 The Sweet 35 and Edge 80 optics are a nice combo to have for any of the Lensbaby mounts. Changing a Lensbaby optic is similar to changing a normal lens. Align, push, and turn. That is all there is to it. With a little practice, it quickly becomes second nature and can be completed in a few seconds.

Like the Sweet35, the Edge 80 has an integrated adjustible aperture (f2.8-f22). If you have used some of the older Lensbaby optics, you will appreciate the convenience 🙂 The Edge 80 also has a macro setting. In order to get up close, the Edge 80 has a built-in extension tube. By pulling out the lens, we can focus in as close as nineteen inches. It is pretty cool.

As with any new piece of gear, using it is the only way to get to know it. We are getting quite used to the Lensbaby Optic Swap system and we like what we are getting with it. It feels good to step back from all the automation and think about aperture, shutter speed, and depth-of-field every once in a while. The practice makes us more disciplined as photographers because by having to consider the parameters it forces us to visualize how the shot will appear before taking it. Take a Lensbaby out for a stroll. You will be surprised by how quickly you will become attached to it.