We were at the Chestnut Hill Mall Apple Store for the iPad2 launch last Friday. The iPad2 went on sale at 5PM and by 6:30PM they had sold out of all versions. When Apple made their iPad2 announcement on March 2nd, we predicted that it would be another “home run.” There were some who were not so certain, but this weekend’s iPad2 sale figures will most likely prove them wrong. To us, the interesting part of all this is not that Apple has another hit on its hands (that much was obvious), but how Apple continues to create the kind of opening day wait-in-line buying fervor (Burlington, Boston) that makes every other company green with envy. 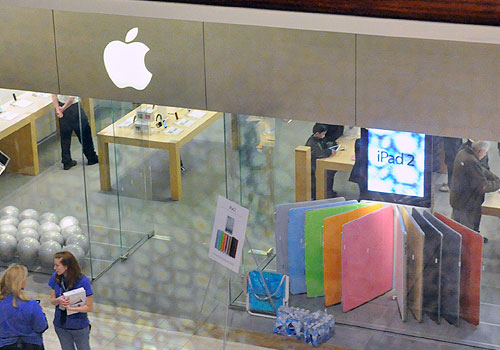 Sure, insanely great products help. However, if one compares the specs (as Apple detractors often do), they are sometimes better, but often times they are less spectacular than their competitors. Maybe they put something in the water, or maybe they have a deep understanding of the concepts that trigger the desire to make people want to buy their stuff!

How much do you know about why you buy what you buy? Does advertising create demand? How about a jingle? What is effective in getting us to open our wallets and hand over our hard-earned cash for a new car, a fancy digital camera, or an iPad? Martin Lindstrom knows and he has shared that knowledge in Buyology: Truth and Lies About Why We Buy. 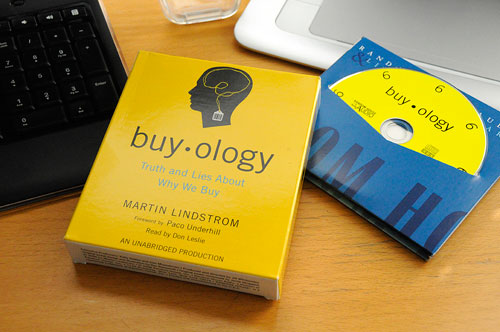 One might think that ads, logos, commercials, brands, and products are all important to the success of a company trying to sell us stuff. However, based on Lindstrom’s three-year, seven million-dollar neuromarketing study, the parameters, impulses, and factors surround a “buy, don’t buy” decision are not as intuitive as one might think. 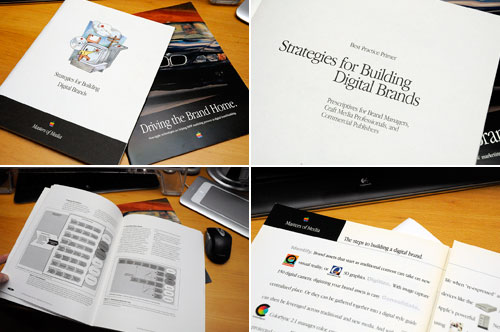 Apple published  Strategies for Building Digital Brands back in 1996. They also published a companion article using BMW as a case study. The guide and case study focused on how to use digital media to get the brand/product message across more effectively. They both were  fascinating and informative reads. What’s more, it was an interesting look back at Apple’s own strategy in both branding and marketing. Much of what Apple had suggested in the booklet were conclusions reached in Linstrom’s research years later. 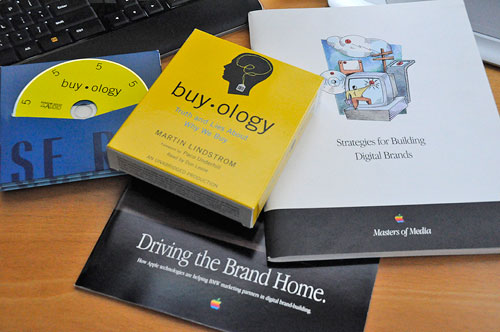 If you want to know, find either a copy of Apple’s Strategies for Building Digital Brands (pretty hard to find) or  Lindstrom’s Buyology (easily found on Amazon).  Both make fascinating reading, but only Buyology will explain the “why” along with the “how.”