There is a rumor going around that Apple will be announcing some sort of iBook-related news at a New York event at the end of the month. The speculation on what the announcement will be has started making the rounds. The droning will get louder as the day of the event gets closer. 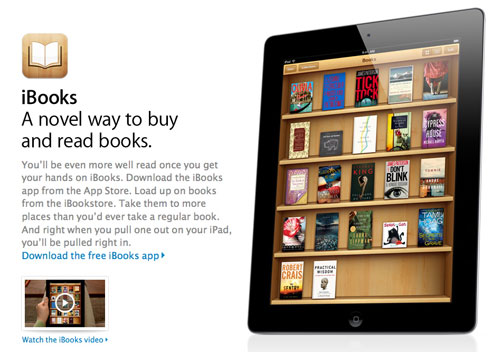 It should be no surprise that the interns have been having lively and spirited online discussions with many out there regarding what the announcement could be. Our hope is that Apple will announce that they will be providing a free authoring environment to aid in the development of truly interactive books…similar to what they have done via xCode for app development. We really hope we are right.

Such a tool would be a HUGE game-changer in the world of publishing. How many independent authors and self-publishers would immediately drop what they were doing and flock to the iBooks ecosystem if such a tool was made available? How long would it take for Amazon to respond with something similar?

We got a brief taste of what something like that could mean to authors and publishers when we participated in the beta testing of Adobe’s DMP tools for the iPad. In the course of a few months, we were able to publish a gift guide, an iPad issue of RainyDayMagazine, and an interactive book on Chinese calligraphy. The interactive book was assembled in just three days…from conception to submission! We would be using the Adobe tools today if it wasn’t for their crazy pricing model. The initial and recurring costs made it impossible for most small independent authors and publishers to justify using the platform. They have eliminated some of the barriers with their new “single-issue” pricing, but it is still prohibitive for many.

We would love it if Apple provided a layout tool which would unleash the interactive features of the iPad for authors and publishers. This is technically possible today, and we have seen glimpses of it in the marketplace. The most recent was from the folks at Push Pop Press. They published Al Gore’s interactive iPad book “Our Choice” using a beta version of the publishing tools. Unfortunately, Facebook snapped them up and swallowed the technology before it would get out into the wild.

We feel that traditional flat text (no hyperlinks, no video, no deep data links) will all but disappear for text books and scientific/technical tomes in one generation. Flat text will be reserved for fiction and other creative works (poetry, etc…). The generation born today will expect interactive text, and will be frustrated when they don’t find it.

We have always said that Apple’s strength is their combination of hardware and software engineering talents. Desktop publishing, image manipulation, video editing…all of these creative endeavours were a huge PITA before software tools on the Mac took the pain away. No one else has done so much to unleash the creativity of so many of us. We hope they continue to provide tools which will enable those with a creative bent to feed into the Apple ecosystem.