The technology for Augmented and Virtual Reality applications (AR/VR) is fast approaching the inflection point when it will become mainstream. Like multi-touch interfaces on tablets and smartphones, AR/VR interfaces will someday be ubiquitous. Microsoft and others (DAQRI, Magic Leap, etc) have been demo-ing some very compelling use cases for AR. Oculus and others have been doing the same for VR. While some may make a distinction between AR and VR, we feel that both the tech, interfaces, and applications of the two are inexplicably intertwined. In the future, we do not believe they will be separate, so we have started to treat them as one, which we call A/VR.

The RainyDayEngineering team took a look at many of the A/VR software development kits (SDK) and decided that, while we couldn’t convince management to swing the $3K for the “Developer Edition” of the HoloLens, Microsoft’s AR vision looked the most compelling. Of course, until the HoloLens SDK are actually released, it is still all sizzle and no steak.

For those of us who have A/VR ideas and projects they want to pursue, but are on a budget, there are a few other SDKs to help realize them: 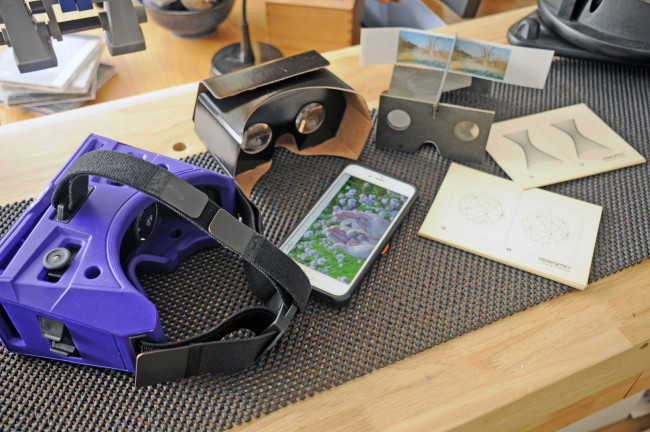 However, the SDK is just one of the pieces needed for A/VR development. A smartphone and a head mount are needed to round out the A/VR prototyping toolkit. To start, we will be using the iPhone 6+ for the display, and two mounts:

The FirstLooks of both of these head mounts will be posted later in the month. 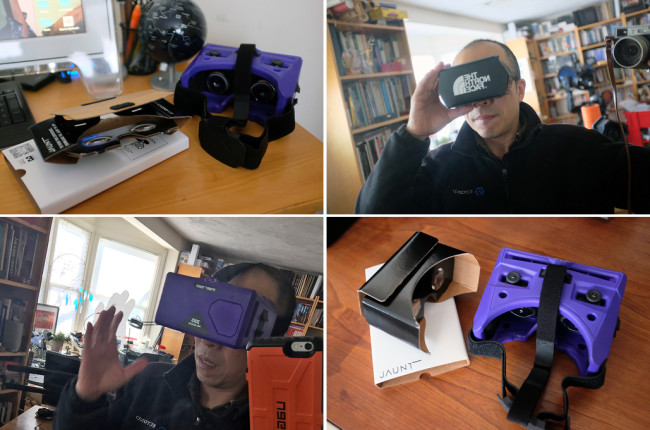 Of course, while using a smartphone for the display does cut the cost of dipping into A/VR, there will be some limitations. We will talk about the pros and cons of using the smartphone display vs a custom screen in more detail in future posts. 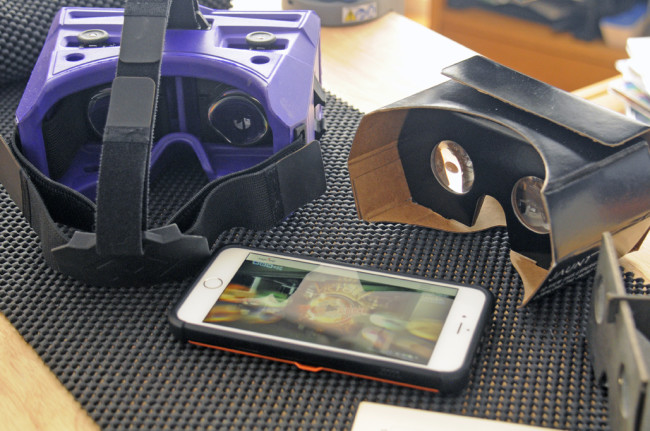 Over the course of the year, we will also be looking at different A/VR head mounts (VUZIX iWear, HTC Vive, Glyph, Fove, Zeiss One) as they become available. We will also be trying out some of the A/VR apps currently on the market to get a sense of what’s popular, useful, or worth keeping an eye on as this exciting market finds its footing.

If there are others of interest, drop us a note and we’ll check them out.