When the iPad first came out, we thought pairing it with a physical keyboard was a silly idea. We wrongly assumed the iPad’s virtual keyboard would meet the occassional typing needs of most users. When we found ourselves typing more and more on the iPad, we wanted to see more of the screen than the virtual keyboard allowed. The tradeoff of carrying a physical a keyboard for more screen space was worth it to us. However, having tried many of the keyboards sized to pair with the iPad (Zaggmate, Logitech, Sena, ThinkGeek, Brando), we realized they all were flawed. The fundamental problem was that their size made them too uncomfortable for extended use, and by “extended,” we mean for anything more than a few minutes of continuous typing. So we went looking for a better solution. 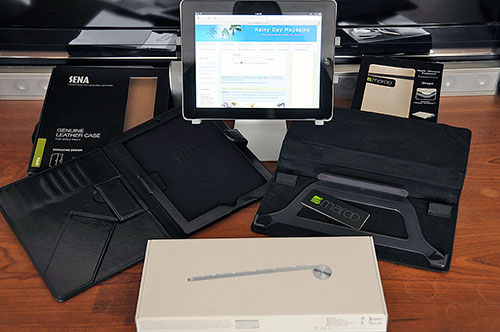 After trying a few different full-size keyboards, we realized that the best one to pair with the iPad was actually Apple’s own Bluetooth keyboard. We do not mean the one with the 30-pin USB dock Apple created specifically for the iPad, but the generic one without the numeric keypad. This Apple keyboard is small without being “too” small. It is light, thin, and extremely comfortable to use. While created with the design sensibility to blend with the current Apple products, the keyboard will also work with any Bluetooth-capable PC machine. Of course, like all Apple products, it looks beautiful. 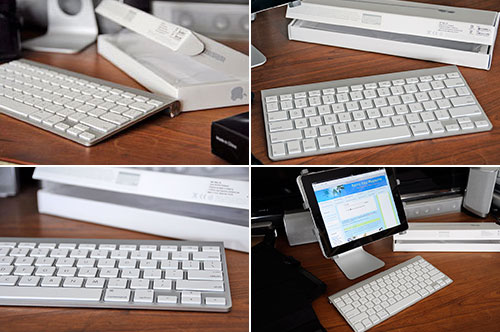 ) now requires just two AA batteries — one less than the previous model. Its intelligent power management system conserves battery life. When it is not being used, the keyboard automatically powers down. The instant the typing starts, the keyboard turns on. 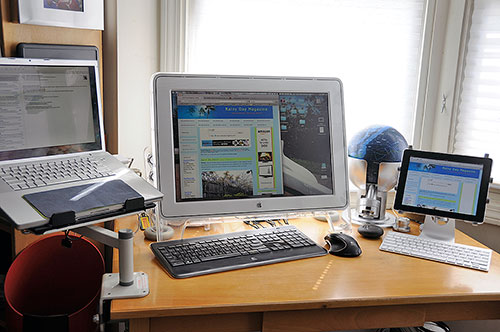 While we will be using the keyboard mainly with the iPad, we know that if ever we find we don’t need it for the iPad any more, we can still use it with our desktop Mac.