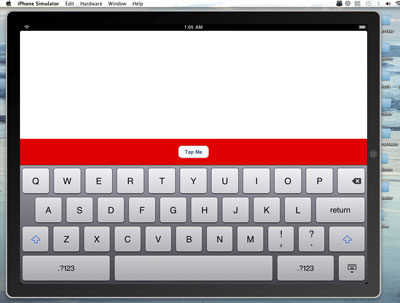 We noticed in Job’s demo that he had a little difficulty using the virtual keyboard. If his hands were smaller, he probably would have had an easier time. The problem with a small keyboard is the hands and wrists are forced into unnatural positions.

Based on what we saw of the virtual keyboard, we thought wouldn’t it be nice to make it flexible and adaptable to individual users? One of the interns said…”Hey, dumbass, it is a virtual keyboard. Just make the keyboard “warpable” and stop your whining.” Hmmmm…the little twerp may have something. 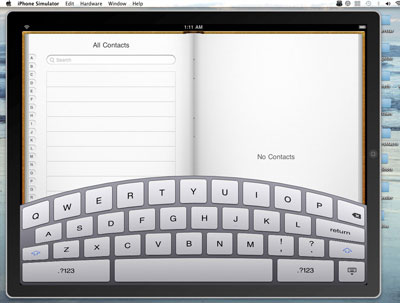 The basic idea would be to build an app to enable the user to shape a keyboard by pulling and pushing on it.  Users can “warp” the keyboard until it feels comfortable for them, save the shape, and have it replace the default keyboard for typing interactions. Maybe users can name them so they can save more than one shape. Other possible extensions to the idea would be to allow for individually adjustible key sizes and/or spacing.

Of course, the idea of ergonomic keyboards is not new, it was just not economically practical. However, we think the idea of a customizable virtual keyboard may be just what the iPad needs. Clearly it is technically feasible. Cost obviously will no longer be a factor. Drop us a line if you have features or suggestions you think would should be incorporated into a “warpable” keyboard. The only thing we don’t know is will such a keyboard be useful in practice. We won’t REALLY know the answer until we get a chance to test it out on a physical device. We hope to have something for the App Store by the time the iPad is available. If the idea doesn’t pan out, at least we know we can still attach an external keyboard to the iPad:-)