When we took the Vixen Polarie mount and the Polar axis scope to L.A., it was easy enough to pack it in the carry-on case. That got us to thinking that we should get a dedicated case to protect the mount and the polar scope for when we use it in the wild. There are a couple of well known makers (Pelican, Storm, Otterbox) of ruggedized cases suitable for such a situation. We have looked at many of them in the past, and normally we would have gone with something from one of them. However, a while back a reader told us about a company called SKB after reading our DIY article about retrofitting a Pelican case. We had never heard of SKB, so we investigated. 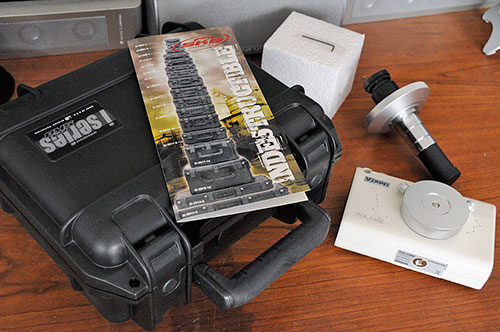 SKB got its start in 1977 making guitar cases in a small garage in Anaheim, California. Today, SKB is a leader in the design and manufacture of molded polymer cases that are used in a wide range of military, industrial and medical applications, in addition to the musical one. 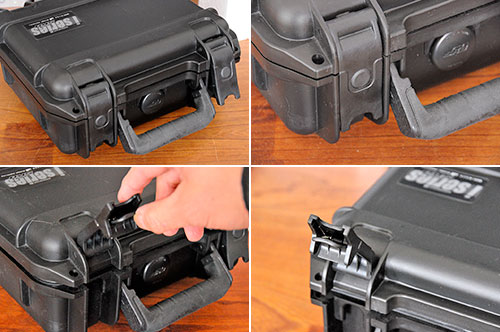 While the SKB name is not as well known in the consumer space as Pelican, we expect that to change. One reason will be SKB’s proprietary mechanism called the “Trigger Latch.” Those who have ever used a Pelican waterproof case will undoubtedly have struggled with a stubborn latch. More than once, we have managed to rap a knuckle while trying to open one. The Trigger Latch on the SKB will make that a thing of the past. While SKB latches are just as rugged and secure, they can be opened with just a squeeze. The Trigger Latch is based on a patented spring-loaded clamping design which allows for one-finger operation. The latch will release quickly and quietly every time. Brilliant!!!

On the surface, SKB cases may have the same features (rubber seals, pick-n-pluck foam, multi-layer padding) and look exactly like their Pelican/Storm counterparts, but they do have differences which cannot be seen. SKB cases are made from a proprietary blend of co-polymer plastic that is actually 2.8x stronger, yet lighter, than similar Pelican and Storm cases. Don’t take our word for it, here is the certified test result from an independent testing service to back up the claim. 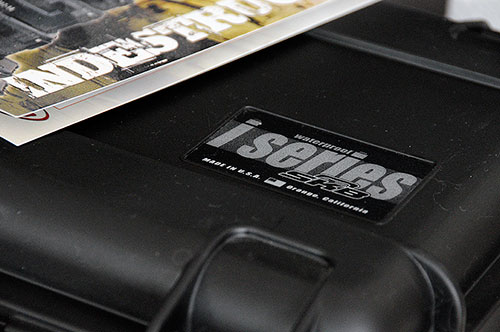 The SKB case we got for our project is the 3i-0907-4B-E injection-molded Mil-Std watertight model. The case’s dimensions are 9.5″x7.38″x 4.13″. It is big enough for both the Polarie and the scope. We will have the layout and installation article tomorrow.