The TED talks got the Strandbeests a lot of publicity. So when, on August 22nd, the PEM folks said they were going to “release” a few of the Strandbeests onto Crane Beach and let them wander about, we and a FEW of our closest friends showed up to get a first-hand look.

The RainyDayCrew got up and out by 7:30AM on August 22nd and headed out, hoping to miss some of the traffic to Ipswich. It was smooth sailing right up to the sign about two miles from the entrance, then it slowed to a 3MPH crawl, and bumper to bumper traffic from there to the parking lot at the beach. 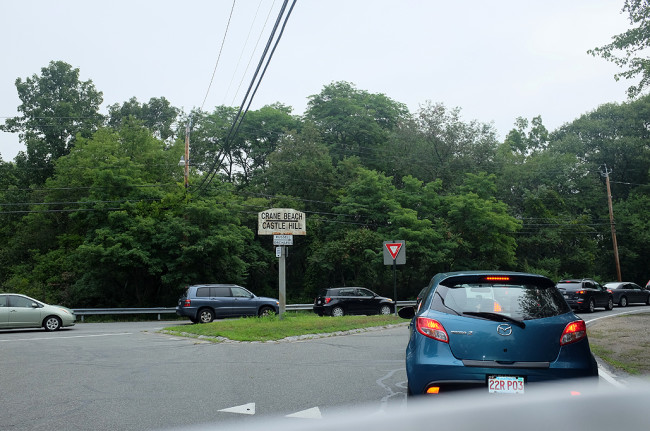 Still, we arrived early enough to see the Strandbeests before they brought them onto the beach. It was definitely cool to see the creature’s construction closeup. The whole structure is quite clever mechanically and is powered entirely by the wind. 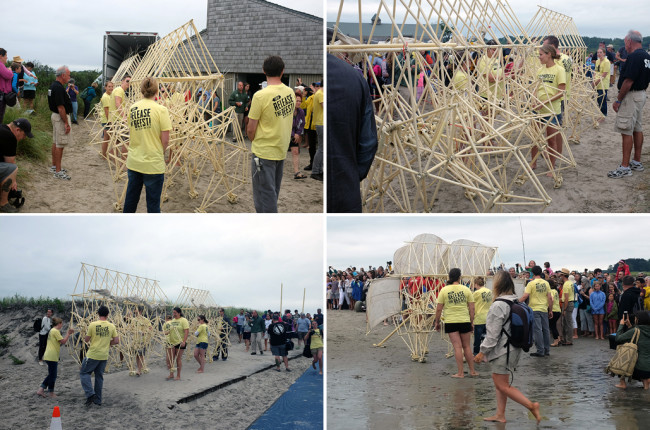 We got a few video clips of the Strandbeests in motion. Their speed is governed by wind gusts and can be surprisingly quick! That was why there were folks guiding it both in front and in back. A few times the Beests made moves toward the crowd faster than the crowd could react! ‪

The PEM also brought it to Cambridge and Boston later in September. However, having seen them on the beach, we didn’t feel the need to brave the crowds for those outings. If you want to see them, they will be on view at the PEM until January 3rd, 2016.