Ever since the axes from Off Grid Tools (OGT) arrived at the RainyDay office, we have been debating how best to do the FirstUse review of them. A lot of incredibly complicated and eminently impractical suggestions were bandied about. Naturally, the solution was staring us in the face the whole time: bring them with us on our next outing! Fortunately, we had one scheduled for August up in the wilds of Maine, which turned out to be the perfect FirstUse opportunity of the OGT axes. 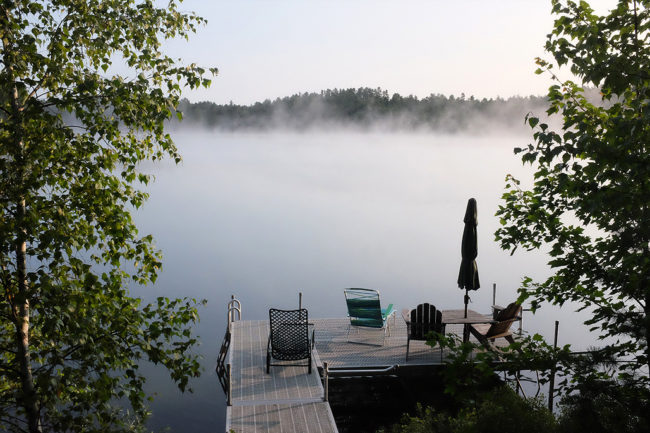 The crew arrived at Rancho Tortuga after a three-hour drive from Boston. This idyllic spot was named by our friends Jason and Mel for the enormous snapping turtles (we are talking dino-size) which inhabit the lake next to the house. Upon arrival, we shared our plan with our hosts: basically, watch Jason put the axes to use while we relaxed for the weekend 🙂 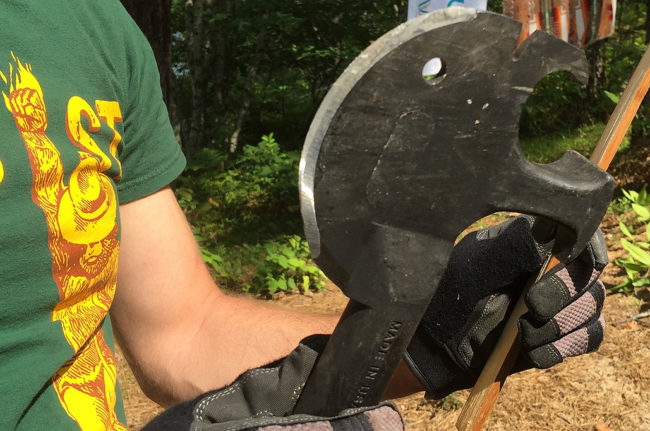 As it turns out, Jason had been up at the the Ranch the entire week, putting in new windows, and had a great big pile of scraps he intended to burn in the fire pit. Making some kindling out of the scraps seemed a logical FirstUse right out the gate! 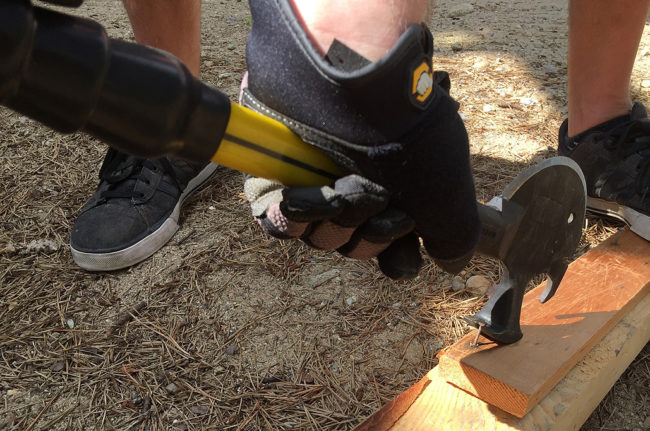 Working the scraps gave Jason a chance to try out the nail puller, hammer, and various other functions. All passed with flying colors! The synthetic material in the handle absorbed the vibrations nicely. The weight and balance of the Trucker’s Friend was excellent. 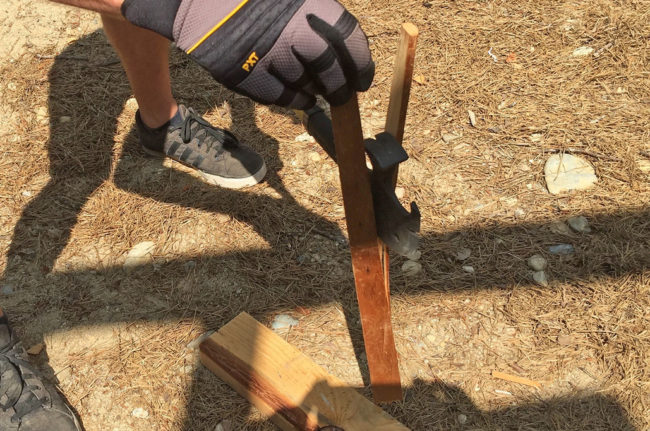 Jason made quick work of turning some of the scraps into kindling for that night’s bonfire. The comment from Jason was,  “A substantial, versatile tool.” Mel chimed in with,  “That’s what she said.” 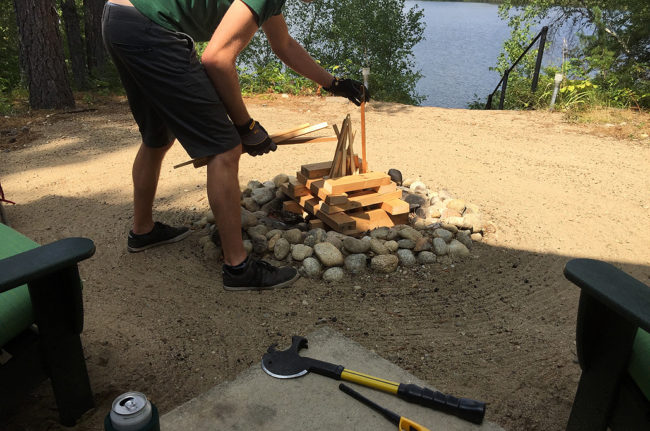 With the “work” out of the way, we unpacked, settled in, and chilled until the stars came out. Yes, of course we brought along some astrophotography gear to “test,” but that is a post for another day 🙂 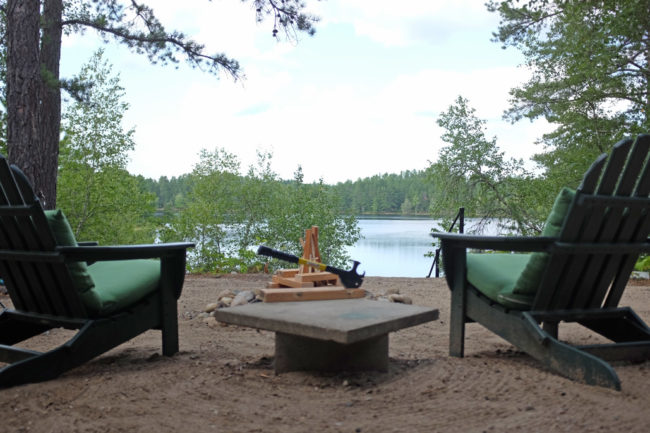 Once it was dark enough, we moved the gathering down to the fire pit, the primary reason being so we could get this shot, because really, isn’t that the first image everyone has when they first see the OGT axe? 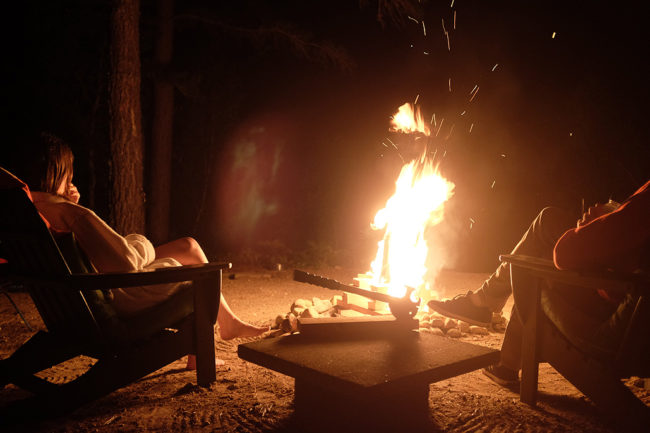 BTW, we could have “tested” the Survival Axe Elite in the same manner as the Trucker’s Friend, but as it has many other features to it, we decided we would put it through its own FirstUse paces another day. Yes, readers should feel free to give us suggestions on what those “paces” should be, because the ones offered up by the RainyDayInterns are frankly nuts 🙂 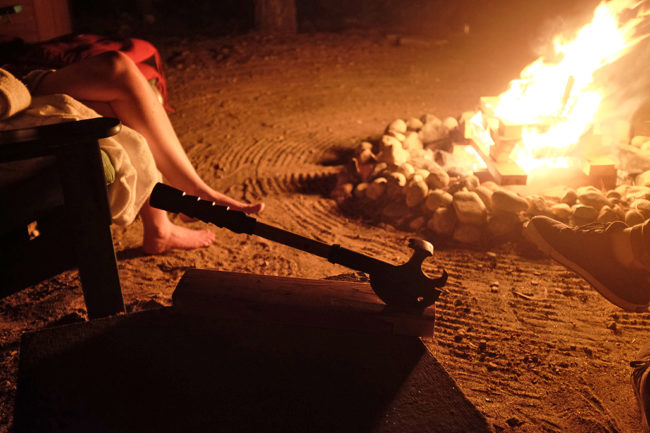 A huge “Thank You” to Jason and Mel for the Rancho Tortuga weekend! The place is more and more amazing every year. The RainyDayCrew had an awesome time just relaxing, eating, and imbibing. As a “thank you” we gifted the OTG Trucker’s Friend to them so we can return next year to see how it held up. Look for its InTheWild update next August.