We have had a LOT of different covers (four) on the Porsche Boxster over the past sixteen years. The ones we had were designed for all-weather conditions, because we live in the city and do not have a covered place to keep the car out of the elements. Thus we have viewed our car coverage as a 16-year InTheWild opportunity to put the covers to the test (sun, rain, snow).

What we have found was that Porsche covers (silver, all weather) lasted 2-4 years before the stitchings started to gave way and the fabric started to rip apart. Repairs and patching kept them in service a bit longer, but the UV during the day and the icing in the winter really does a job on the silver fabric. The non-woven ones (Covercraft, California Car Cover) were good for 2-3 years before they literally started to disintegrate (in this case, literally really does mean literally). Once that started, winters were bad as the wet covers would freeze into a hard ice shell overnight, making removal all but impossible the next day until they thawed. 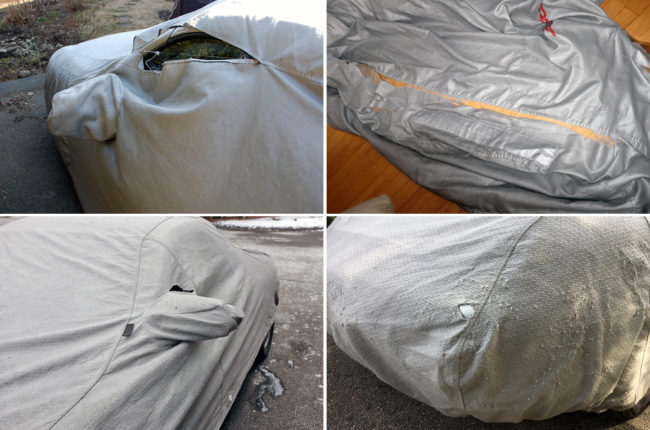 As our California Car Cover (CCC) definitely WILL NOT make it through the coming winter, We wanted to find a replacement now. This time around, we thought we would try and find the absolute best car cover possible. We checked out all the vendors we could find, asked for fabric samples, and after considering as many variables as we could think of, narrowed our choice down to a New Jersey company called Auto Chic. 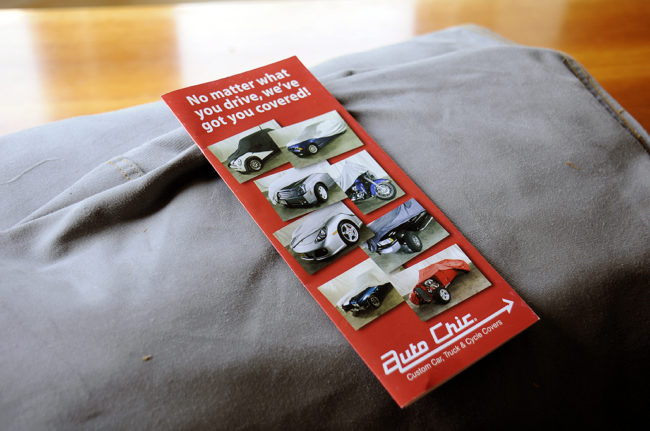 Auto Chic offers covers in four different fabrics, what we decided on was the All-Weather Xtreme® Non-Flannel version: 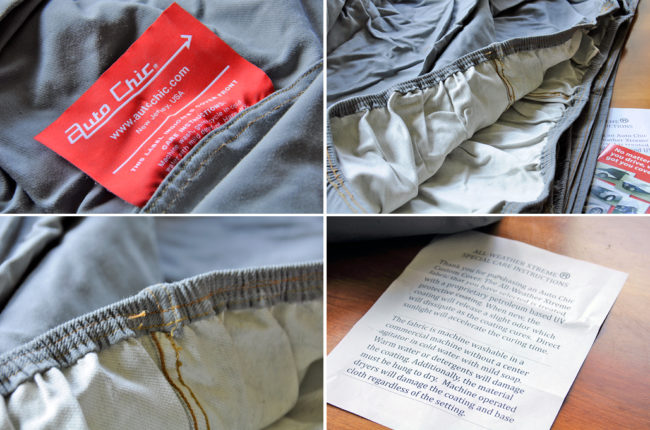 Judging by weight and feel, the Auto Chic cover is the most substantial cover we have ever had. It is much heavier than Porsche’s silver polyester fabric and a lot stiffer than the non-woven materials used by Covercraft and CCC. 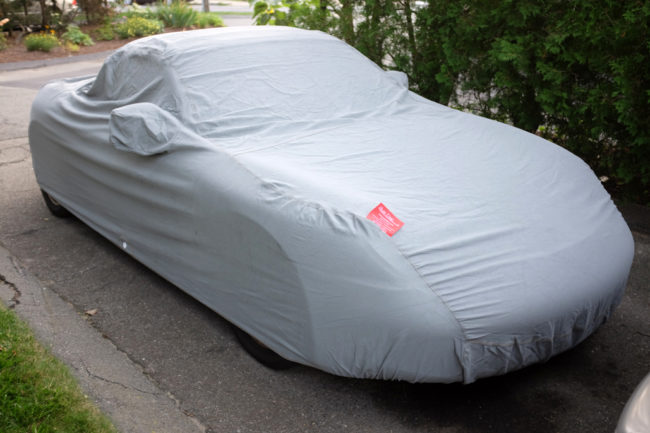 The front fit of the Auto Chic cover to the Boxster was spot on. The mirror pockets on the sides were roomy and had enough space to accommodate either leaving the mirror out or tucked along the window. The fit in rear of the Boxster was a little odd. The cover hugged the sides, but there was a lot of excess material at the lower portion of the boot. Perhaps it is to accommodate the rear spoiler if there was a spoiler? We asked the Auto Chic folks about this and that was exactly the reason. They also said that it is possible to request a “no spoiler” cut. It was not big enough of an issue that we would bother sending it back, but for readers putting in an order to Auto Chic, this may be something to keep in mind.

BTW, the All-Weather Xtreme fabric is treated with a proprietary petroleum-based UV protective coating. There is a slight odor which Auto Chic said should dissipate once it has completely cured. Direct sunlight will accelerate the curing time. We noticed it when we had the cover inside, but obviously not much of an issue for us now that it is on the car outside. 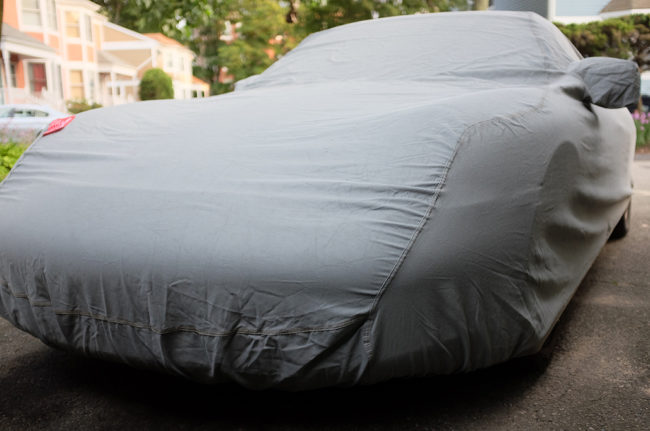 It will take awhile for the fabric to stretch/relax and for the wrinkles to disappear. Look for update pics in another few weeks. We have a good feeling that we have found  the best cover we could for the Boxster. After 16 years of great service from this car, it is the least we can do for it 🙂