If you got to the end of yesterday’s post you know that, after spending an entire day reviving and configuring a 7-year old Compaq PC to use with the BlueChick, it refused to start up the next morning. We tried rebooting the Compaq using the Recovering CDs without success. The only thing that happened on power up was a repeating series of long beeps which, uh, beeped, repeatedly. A bit of research on the Compaq support site indicated that there was probably some kind of hardware failure, most likely the hard drive. (Some of the RainyDay staff indicated that it was the non-Apple-ness of the frigging’ machine and thus refused to participate in this project, but that is for our “Rants page,” which we don’t have.) 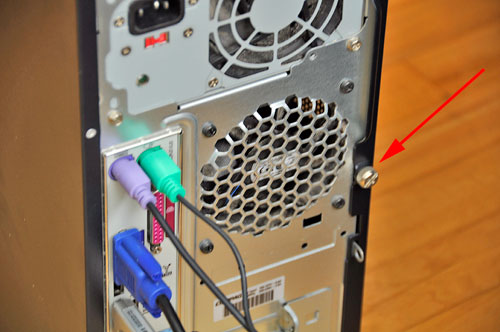 The last time we really opened up a desktop PC was probably back in 2000. We remember the process as being a nightmare, which may explain why we have not attempted it since. However, PC construction apparently has progressed quite a bit since. For example, even this 2005 Compaq required no tools to open. A big knob in the backheld the side cover in place. Removing the screw allowed the cover to slide back and offthe case. Nice. 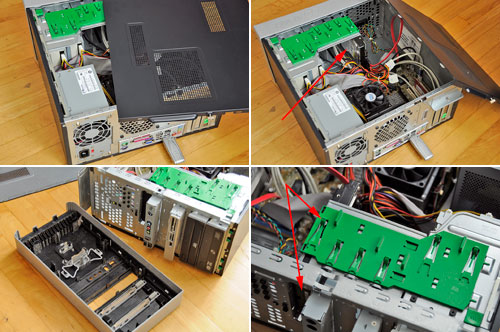 Once inside, it is clear that everything was held in place by tabs. So again, no tools were needed to remove components, including the disk drive. The drive may be freed by lifting a tab and sliding it forward. However, before we could take it out of the bay, we had to unlatch the front cover from the case and detach the power and data cables. The cables themselves also have little tabs which must be depressed in order to detach. Just pulling them will not free them. Once the drive was out, we went looking for a replacement drive.

Fortunately for us, we have a Micro Center a few miles away in Cambridge. We love Micro Center because it has a large “refurbished parts” section in the store. If one is not too picky about packaging and knows exactly what one needs, replacement parts can be had at a substantial discount. Sure, there may be slightly better deals on EBay, but there is nothing like going to a brick-and-mortar store if something is needed ASAP. 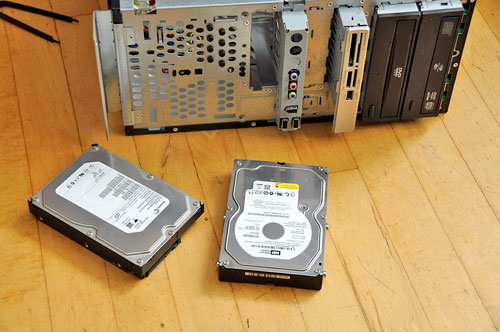 We found a Western Digital 160GB SATA drive for $40, popped it in, and repeated the entire Windows XP and CNC software (CamBam, Mach3, CutViewer) installations. As with the previous installation, the entire process took the better part of three hours, because it was not a straight Windows XP install. The Compaq process creates a separate partition on the drive which holds the disk images of the installation CDs. Theoretically, the CDs are not needed because a fresh install can be made from the software stored on this separate partition. In fact, Compaq did not supply any recovery CDs with the PC. We had to purchase them separately. That is nice in theory, but if the drive crashes and you don’t have the physical CDs, you are pretty much SOL.

After repeated startups and shutdowns, the machine appeared to be  running in a stable fashion. We can finally proceed to the next phase of the CNC build, which is to test the PC/BOB/SMD connection. We are waiting for some parts to arrive (EBay purchase, coming from China) so it may be a few days before we can get back to this project. 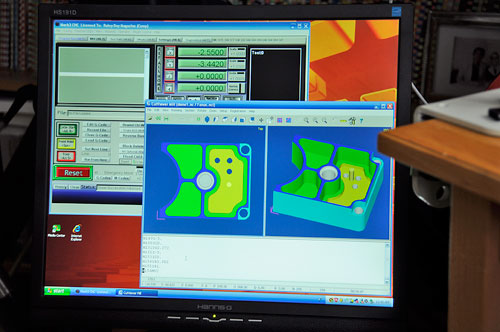 In the mean time, we will be playing around with the CNC software, studying the relevant videos on the Build Your CNC site, and trying to stay cool (heat wave in the NE area for the next few days). Stay cool!