When we heard that HP, a company with some technical chops, was finally entering the market with a tablet that is not DOA, we cheered. HP announced today that the TouchPad, running WebOS, will be available July 1st. This version is Wi-Fi only and will cost the same as the iPad2 ($500/16GB, $600/32GB). This is great news for everybody (Apple, end user, tablet market) as it is never good for a product, even one as awesome as the iPad, to have no serious challengers. 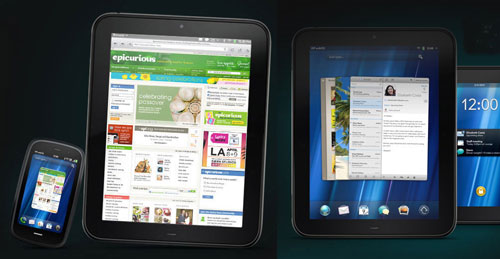 Of course, staying alive against Apple’s iPad will NOT be easy. The iPad is the 800lb gorilla, a rocket which has already launched and is in high orbit, or any other metaphor/hyperbole one cares to insert as an example. The TouchPad will be running WebOS. The WebOS operating system was developed by Palm (originally started by Apple engineers after the Newton couldn’t get traction). HP acquired it when they swallowed Palm for $1.8 billion in 2010. Oh, as the tech world turns. The problem with WebOS is that there aren’t that many folks (and by “folks” we mean developers) familiar with it at present. So there will be a bit of convincing required before folks learn it, write for it, and make money from it. While not impossible, getting it all to happen is still a pretty tall order…especially when there aren’t any unique features about this device to distinguish it from the Apple tablet. Being able to run Flash is not going to do it. Not a year ago, not now.

Are there any other potential challengers? Well, the Nook Color is pretty compelling at the $250 price point, especially if/when color e-paper arrives for it. We have been loading PDFs on the iPad and are starting to prefer that to hard copy, especially for reference material (programming books, documentation, etc…) It will be interesting to see if B&N can contain themselves and not overreach with it. There is a pretty big market for book and magazine readers. They really could have something if they get the publishing houses to subsidize the cost of the unit by bundling a Nook Color with a bunch of paid subscriptions to periodicals, similar to a satellite dish or a cable box and cable stations. 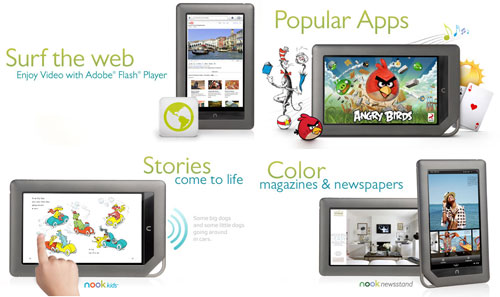 Will we keep an eye on the TouchPad’s progress? Absolutely. Will we be buying one? Unlikely. Will the TouchPad succeed like the iPad? Dream on. If they manage to sell 100,000 units in the first year, they should break open the champaigne and give everyone on the team huge bonuses. Regardless, we are glad to see there will finally be a pebble in the pond. Hopefully it will be big enough so that the fishes in the tablet ecosystem will have to swim around it. In the end, the exercise will make everyone stronger.