RainyDayMagazine’s annual FirstGrill event is coming up. This yearly celebration of grilling is one of our most popular gatherings. It gives us a chance to: test out this year’s gear with people outside the RainyDay offices; let our guests get hands-on experience with things they have read about on RainyDayMagazine; and allow our sponsors introduce to new items to a targeted group of opinionated—sometimes VERY opinionated—early-adopters!

Here’s a quick rundown on some of the items we’ll be featuring at this year’s FirstGrill.  We’ll have a writeup of the reactions and opinions of the FirstGrill guests after the gathering. 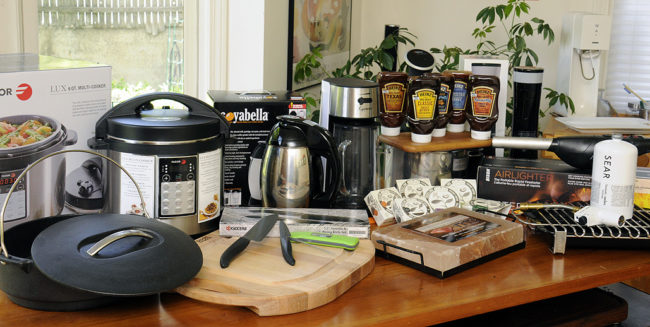 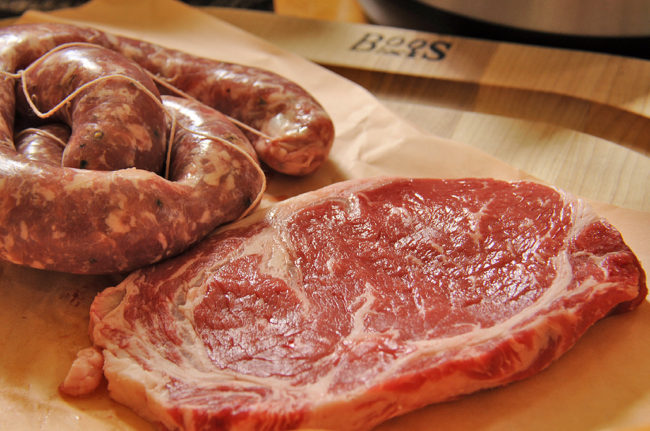 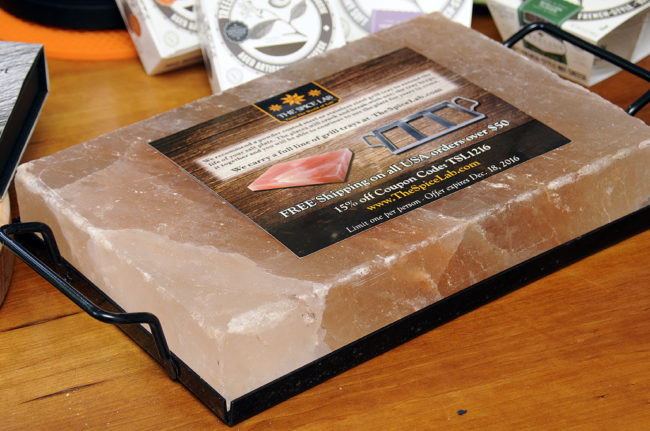 We have heard about searing meats using a hot salt block and always wanted to give that a try. The salt block imparts flavor to the meat as well as cooks it. We thought this would be an interesting alternative to blow-torching sous-vided steaks as a method of “finishing” the cook. We shall see!!!

RainyDayMagazine readers know that the folks in the RainyDayKitchen have been experimenting with the sous vide cooking method for the past few years. We can say that everyone in the RainyDayKitchen is now completely sold on this technique. Sous vide cooking is simple, extremely flexible, and almost fool-proof. The only trade-off with sous vide cooking is time: you have to think about what you’re going to eat a good few hours before you’re going to eat it in order to sous vide most things, especially meat; it’s not really a “Hey, I’m hungry; let’s sous vide something” kind of cooking method. But still, it’s entirely worth the long-range prep adjustment.

The two sous-vide cooking appliances we have the most experience with are the Anova and Sansaire units. Both are well-designed, durable, and easy to use. Our FirstGrill guests will have a chance to see both in action and sample the “results.” 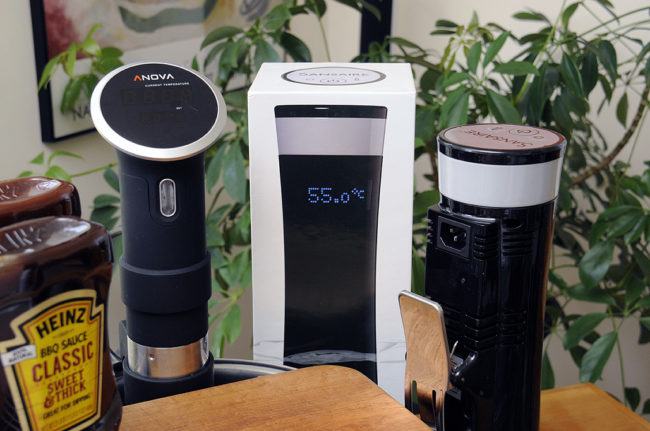 We have used a few Boos Boards, but the Chop-N-Serve is our go-to for grill-to-table eating. The integrated handles make it easy to hold, the juice groove keeps things tidy, and the size is perfect for cutting and serving right from the board!

For cutting and serving, Boos Boards and ceramic knives are a natural combo. Kyocera ceramic knives stay sharp ten times longer than steel knives, don’t transfer food flavors, and are easy to handle because of their light weight.

ThermoWorks’ Thermapen has been our “goto” temperature probe for over a decade. It’s accurate, fast, and the numbers are easy to read. Not sure how this gadget can get any better! 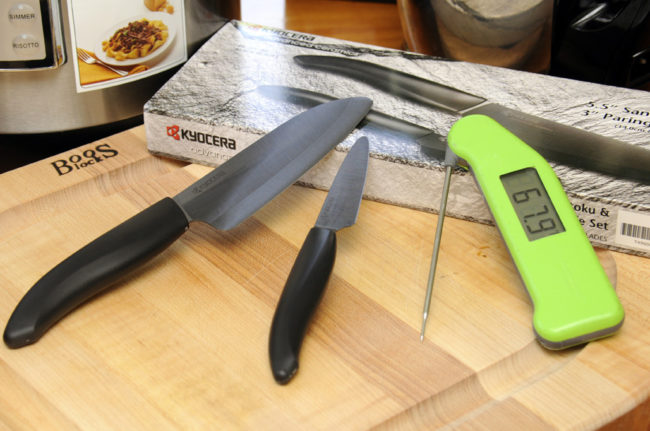 When the Capresso Ice Tea Maker first arrived, some in the RainyDayKitchen were a bit skeptical of the single purpose gadget, and also the idea that it makes HOT TEA and then drips it on COLD ICE. The fact that it is still being used two years later says something about the device. If you love drinking ice tea, you will love this ice tea maker. 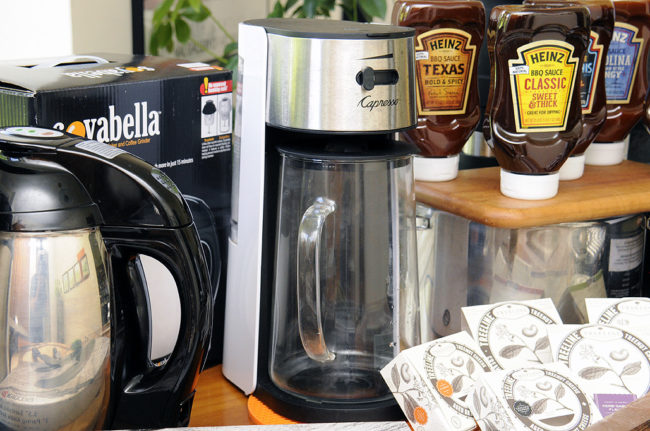 New to the RainyDayKitchen in 2017 are the Fagor Lux MultiCooker and the TribestLife Soyabella. Both will make their FirstGrill debut and our guests will have some hands-on time with the units.

We featured two Stok grills last year and had hope to introduce our guest to Stok’s 4-burner Quattro this year. However, the timing didn’t work out for getting one set up for FirstGrill. We’ll try again later in the season or maybe next year. One of the reasons we are intrigued with Stok is because of their interchangeable grill accessories. Both the Cast Iron Kettle and the Smoker will have a role in this year’s event 🙂 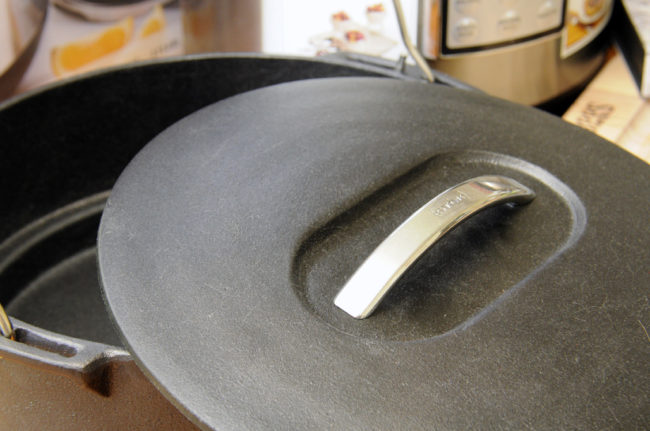 BTW, this year we will again be using all gas grills (TEC infrared, Fuego, along with the two STOK units (Gridion, Tourist). Look for the FirstGrill event write-up later in June. Happy grilling!!!