When the RainyDayCrew went to Maine this Summer for a little getaway, we brought along our Vixen Polarie StarTracker for some astrophotography; Maine has wide-open skies and far less light pollution than Boston, so we wanted to be ready if we got some clear nights. The weather did cooperate and we managed to get a few keepers.

After having used the Polarie’s for a few years, we are comfortable with what it can do, but wondered what else can be done with it. As luck would have it Vixen recently announced a new adapter for the Polarie. This adapter is designed so photographers can use the tracking feature of the Polarie as part of a setup to capture astro events in a time-lapse fashion, something which was rather complicated to do…until now.

The possibilities were intriguing, so we decided to get one and see what we can do with it. Here is a our FirstLook of the Vixen Optics’ Time-lapse Adapter for the Polarie Star Tracker. 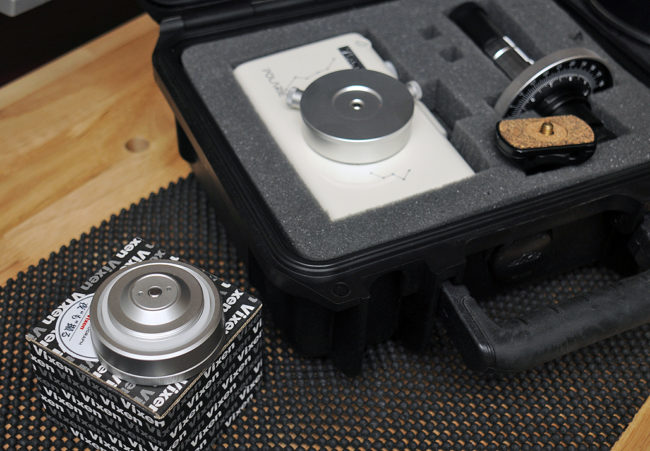 The Vixen time-lapse adapter is made specifically for the Polarie. It will not work with other trackers out there. The piece is machined out of aluminum, will fit both 1/4″ and 3/8″ screws, and threaded to fit to the back of the Star Tracker. 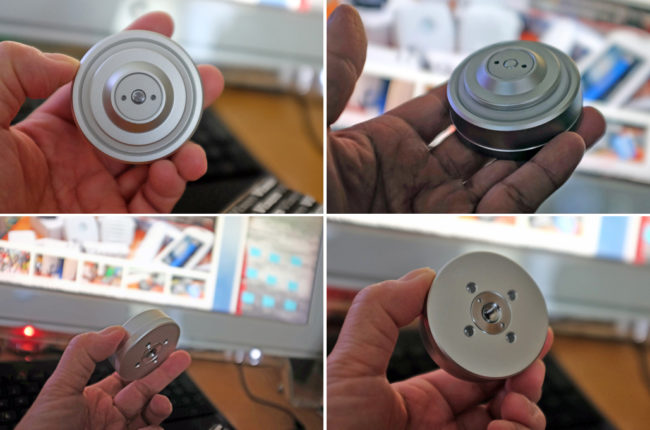 Installation of the time-lapse adapter is straightforward:

NOTE: The time-lapse adapter does not interfere with the Polarie’s other tripod mount and may be left on the body.

The time-lapse adapter makes it possible for the Polarie to be attached to a tripod and be level with the horizon. With the Polarie leveled, a camera can then be moved in sync with the rotation of the Earth, enabling the tracking of celestial objects as they move across the sky. 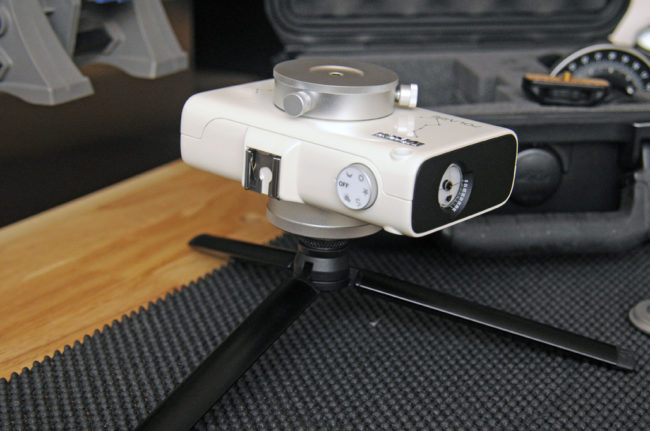 We liked that the design of time-lapse adapter is both functionally well-conceived and esthetically pleasing when installed. The cool part of all of this is the Polarie now has a new feature without adding any real bulk. The setup is still highly portable. To add it to the carry case, all we needed was to make some room in the pick-n-pluck foam :-).

With the Polarie on a tripod and leveled, the time-lapse setup is ready for the camera. While a camera can be attached directly, it is much more flexible to put it on a ball-joint connector. The ball-joint allows the camera to be pointed in a lot of different ways without interfering with the synced-up horizontal rotation of the Polarie. 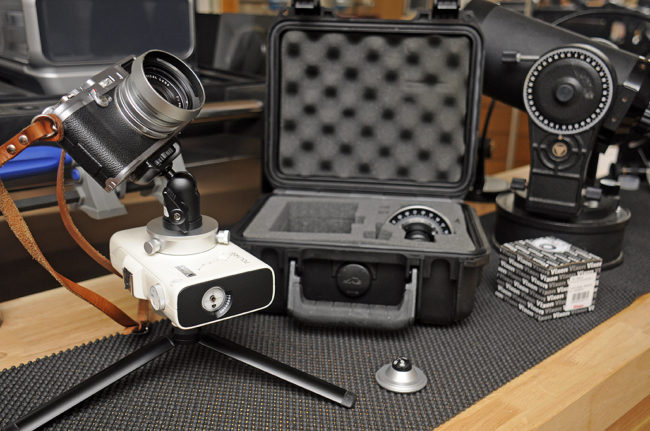 As soon as we get some clear nights, we will give this portable Vixen Polarie time-lapse astrophotography setup a FirstUse run. There will probably be a learning curve in the setting of the various lighting parameters, but we are looking forward to trying out some crazy ideas. We will definitely share what we learn to lessen the ramp-up time for others. Clear skies!!!