Yes…some of us thought the RainyDayGarden folks were a bit “optimistic” when they said they could start some carrot plants just from the tops. However, if those of us who were skeptical had stopped to think about it, there was no reason why it shouldn’t. 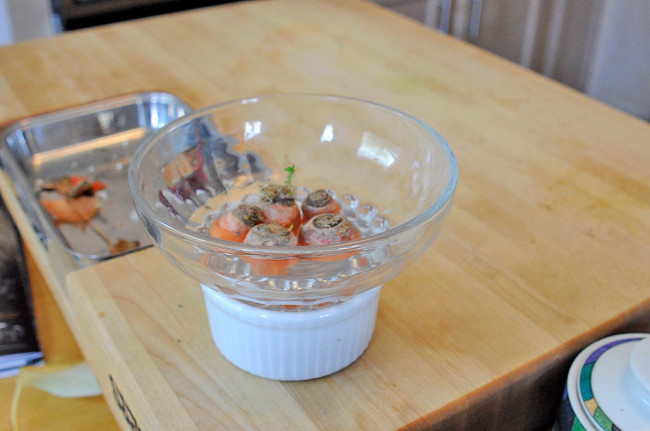 However, after a month of moving them around the office in search of the “right spot,” they have begun to produce shoots!!! Hmmm… guess we’ll be planting some carrots this year! 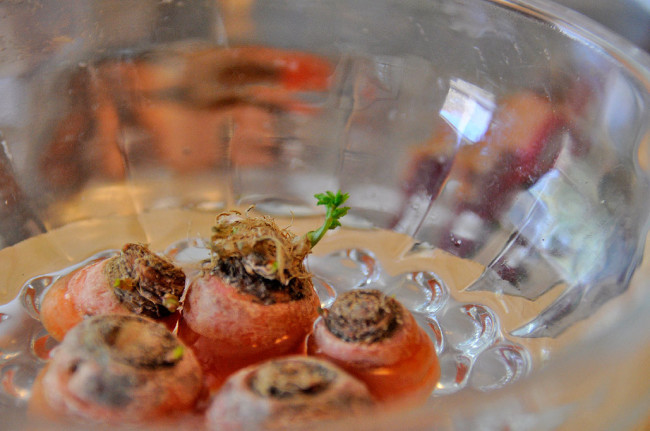 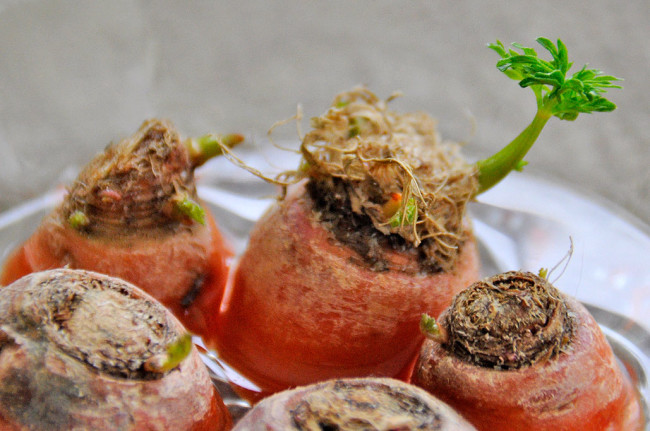 After more research, we learned that carrots are biennials, meaning that it will form a root the first year and in the second year the plant will flower and produce seeds, which in turn can be planted to produce carrots. Looks like this will turn out to be a multi-year project!