We have done a lot of invisibleSHIELD installations on many different devices. So when we get emails asking whether the invisibleSHIELD is as easy to install as we make it out to be, we always reply in the affirmative. However, after some consideration, we have to admit we were not sure. Maybe it was easy for us because we have done it many times. It could be because we weren’t afraid to get the film really wet before slapping it on. It may really be because we have always done the installation projects using the gadgets owned by the interns. We don’t really know. Recently, however, we had an opportunity to find out. Our friend Toby wanted a thinner cover for his Droid. We got him the invisibleSHIELD and asked if the would give us his take on the how hard it was to put it on. Toby had some interesting observations and gave us a detailed account of his installation experience. 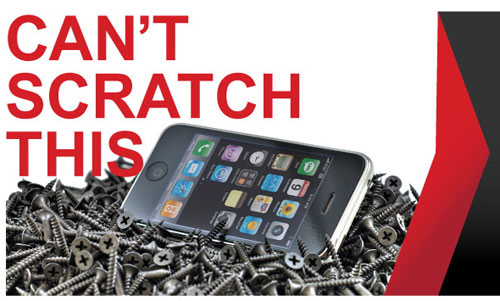 A month ago, we met up with our friends from Spain (Patrick and Finora) when they came to New York City. The iPad was not yet released in Europe, so they were eager to check out ours. After playing with our iPad for about ten minutes, they bought their own at the Apple Store in NYC. Patrick mentioned that he was worried about damaging the screen. We thought, “Hey, here is another opportunity to continue our InvisibleShield installation experiment!” We struck a deal with Patrick where we would get him an invisibleSHIELD if he would provide a write-up on his experience with the installation process. Patrick is from Spain by way of Ireland. So when you read the following report he filed, read it with an Irish accent…

“Time was when one sure-fire way to attract some female attention in say, the park, was to be accompanied by a small dog on a leash; even better a cute little baby in a stroller. These are timeless ruses of course but lately (and probably for a few more precious weeks) my magnetism will be generated by my little electronic friend – my iPad. Here in pre-release Europe it’s guaranteed to pull a crowd. Olé!

I have applied the invisibleSHIELD by ZAGG. It was a tricky procedure. Getting the transparent film to peel away from its backing was a struggle and required re-application of the SHIELDSpray to my fingers. Nevertheless, during the un-peeling process the film managed to adhere to itself and needed to be separated. Applying the invisibleSHIELD to the iPad was fairly straight forward and I was able to position/reposition the film with ease. I left it as per instructions to ‘cure’ for 24 hours.

Sure the screen has lost its glassy appearance but then in oblique light with the device switched off, fingerprints are much less apparent. I did not manage to exclude EVERY foreign mote (one remains in the viewing area) and some tiny areas along the edge of the screen may never quite adhere. 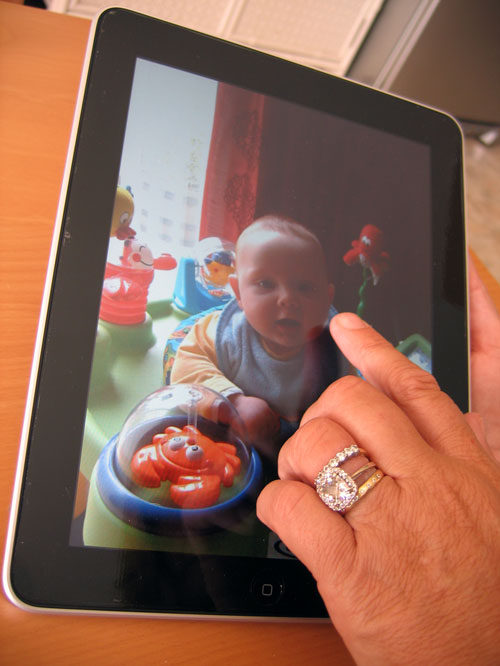 The iPad now has a slightly rubbery feel to it and as a result, is less likely to slip from one’s grasp – or indeed to slide when placed, or accidentally disturbed, on polished surfaces. I have noticed no diminution in image quality and overall I am glad to have installed the invisibleSHIELD. I include an illustration of the kind of “threats” from which my iPad (here’s hoping!) is protected, thanks to invisibleSHIELD by ZAGG.“

So there you go readers, yet another successful invisibleSHIELD installation by a first-timer…and a foreigner to boot! So clearly the installation is manageable by a novice. However, if you are unsure whether putting a wet piece of plastic film on your shiny new gadget is a good idea, then we leave you with this thought: Would you rather take a one-time risk of frying your gadget (which we have never heard a report of) or have to be ginger about handling it every time you want to use it? Of course, just not worrying about it getting scratched is the more Zen approach, but where is the fun in that?