On Monday we did a FirstLook of the ClearStream Micron indoor antenna. In that write-up we discussed a few of the advantages of pulling TV signals directly from the air, the most obvious being that they are free. We do recognize that most people who watch TV probably have either a cable or satellite subscription. So in today’s Micron FirstUse review, we thought we would show another reason why one would want a ClearStream indoor antenna. 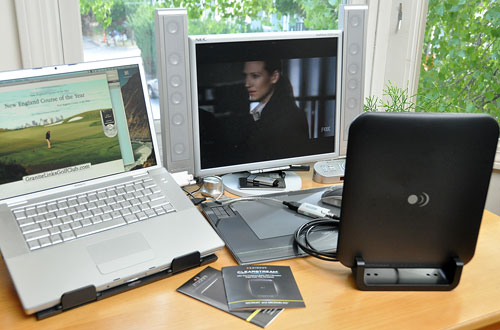 Adding TV capability to a computer used to be a bit of a hassle, but the digital TV conversion has made it a much simpler task. We have done a few articles in the past on this topic (Plextor, EyeTV, ClearStream C1). While the plug-n-play EyeTV tuner module made it easy to watch TV on a laptop, but it was still a pain to actually hook it up to the signal source. The C1 antenna was pretty small and could pull in a signal fairly well, but it was designed for outdoor use and looked like the outdoor antenna that it was. The newer ClearStream Micron, however, with its slim profile and sleek looks, was designed with displayable aesthetics in mind. What we wanted to know was, will the Micron work as well as the C1? 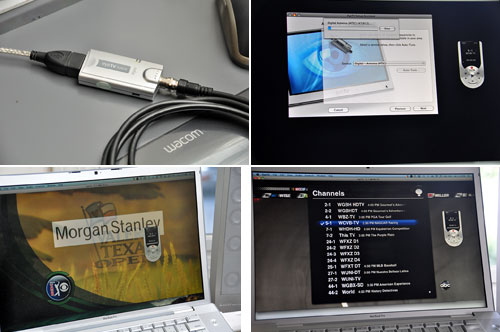 Granted, our office is in Boston, and we are a stone’s throw away from many TV signal towers. Even so, can a flat square panel really be all that effective when it comes to local digital broadcast reception? Happily, the answer is “YES!” With the Micron, the EyeTV tuner was able to pull in every station found by the bigger C1 antenna. Also, we were impressed with the Micron’s ability to pull in a clean signal regardless of how or where we positioned the antenna. This placement flexibility made it much easier to fit the Micron into our limited space. Even though the Micron is quite attractive, we found a hidden spot for it behind the laptop on a sliver of space. We can now watch TV on the second monitor while “working” on the main screen. We can also resize the TV screen at any point if we need more screen desktop space. 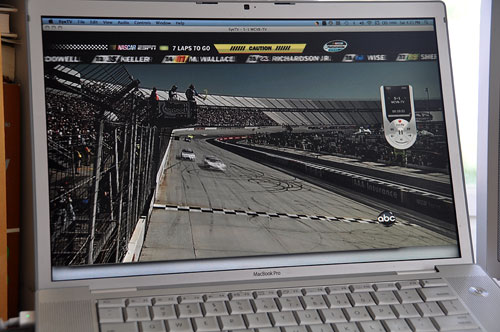 Some condos and co-ops do not allow the mounting of an outside antenna. Even if they do, you should consider getting a Micron. Not having to mount an antenna outside is not only much more convenient, it is a lot more practical. The antenna is not exposed to the elements. You will not have to run coax cables everywhere. You will not be missing anything but the hassles.