Fixing things is one of the many uses for the magical material that is Sugru; making things better or more useful are the others. We were clued into the stuff a few years ago by readers who had played with it and thought it would be a good fit for RainyDayProjects. 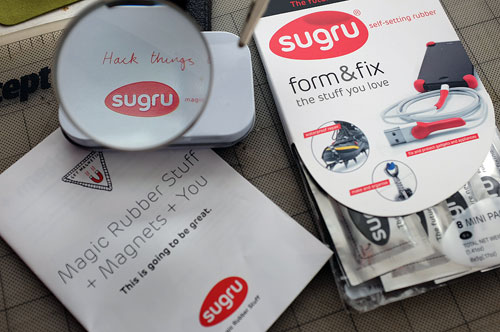 Since that time, we have fixed a LOT of stuff with Sugru. Some of it have stayed fixed, some of it not. Along the way we have learned what works and what does not. We also have been compiling a “wouldn’t it be great” list of things we wanted to be able to do with Sugru. One idea was to mix Sugru with magnets. It appears that the folks at Sugru were thinking along the same line, only they actually did something about it. 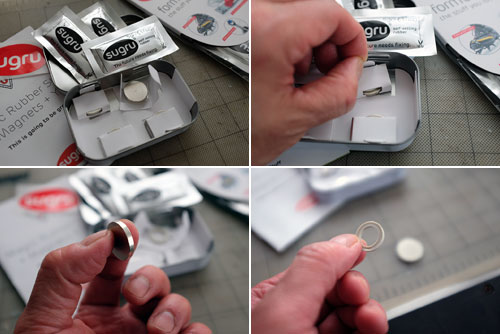 What they did was to find the best size magnet for general projects, individually wrap up four of them in cleverly designed sleeves, throw in a bunch of Sugru packets, and put them all in a tin. If you look closely at the magnets, one side is marked with a dimple to indicate “North.” This is convenient so you don’t mount two “North” facing pieces which (will cause them to repell rather than stick together). In the tin is also a small booklet with some suggestions and techniques for how to use the Sugru and the magnets. We will be giving them a try for some of our next “hacks.”

As to how our past “hacks” have held up, here is an update: 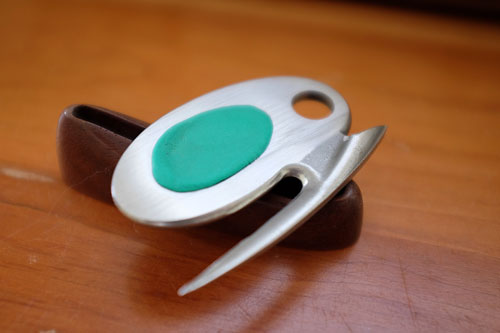 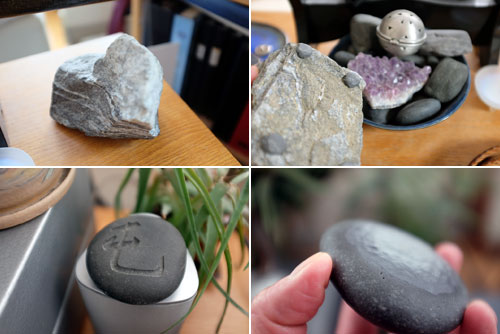 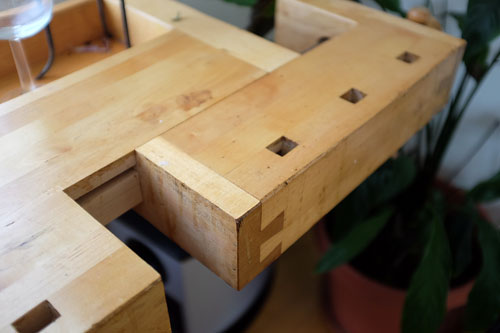 We’ll post more once we have the project completed. In the meantime, grab yourself a few of those Sugru and Magnet kits and stick stuff up. Send us some pics when you do.