We  knew we wanted the iPad2 as soon as it was unveiled. When we missed out on Day 1, we tried for a week to buy one around Boston. We finally gave up and ordered one online. At that time, Apple informed us that it would take five weeks and would arrive on April 22nd. Last week, we got an email notification telling us that our unit had left Shenzhen, China, with an expected delivery of date April 12th, ten days ahead of schedule. The FedEx guy showed up with our package yesterday, an additional day ahead of schedule. It is GREAT when everything exceeds expectations. 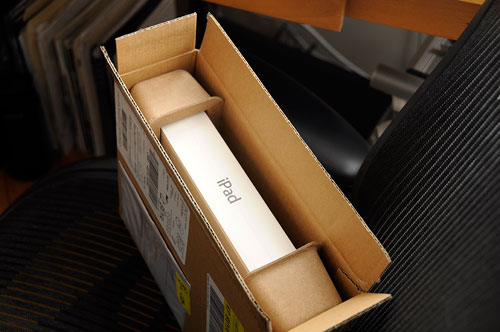 The unboxing of the iPad2 went pretty much like that of the original iPad. There were only three things  in the box: iPad, USB cable, AC adapter. One of the benefits of purchasing the iPad online is the free laser engraving. Our first reaction to the new iPad was that we could feel the weight difference between it and the older unit. We don’t know if it would matter day-to-day, but the weight difference IS noticeable. 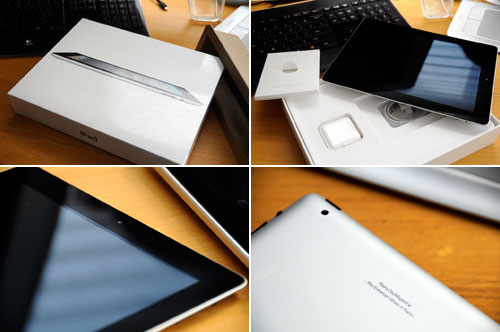 Once we unwrapped the iPad we noticed a lot of subtle external changes. The most subtly obvious is the addition of the front and rear facing cameras. The addition of these cameras will make many of our iPad accessories (cases and frames/mounts) somewhat incompatible with this new unit. We are eager to see if any of our cases will work with the new iPad without covering up the cameras.

The one striking and surprising thing about the iPad2 is that even though it doesn’t appear to be thinner than the original iPad, it is actually significantly thinner. The original iPad was able to  disguise its thickness with a nifty visual trick, the curved back. We didn’t think the first iPad was hefty, but the difference in thickness is clear when the two units are placed next to each other.

iPads are not stand-alone devices. They need to be sync’ed with iTunes before they are usable. However, Apple does offer a free setup service if you buy one at an Apple Store. While this means that one can’t just turn it on and go out of the box (you need about 15 minutes), there are some benefits to this approach. For those with another iPad and who want to tranfer its content to a new unit, a simple sync and restore will setup the new iPad with everything that was on the old one. 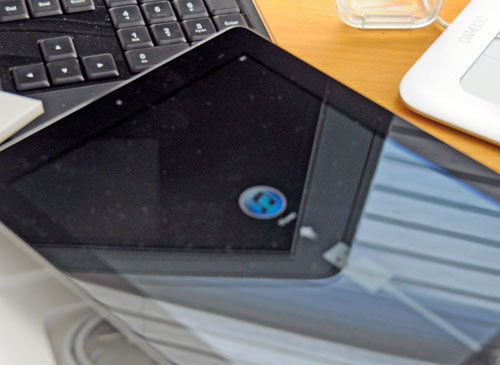 We will play with the new iPad2 and post our thoughts about it over the course of the next few days. iPad2 specific accessories (cases, covers, etc…) are on their way. As with the Best-Of-Breed series (covers, stands, etc…) for the original iPad, we will sort out the wheat from the chaff and let readers know which iPad2 gear is worth a look. Look for the series starting in May.