Setting  up a home WiFi network should not require a computer engineering degree. What’s more, it should not even require the user to know ANYTHING about networking. However, what it should be is easy to do. The network should also be fast, secure, and convenient to use…even for the occasional guest. 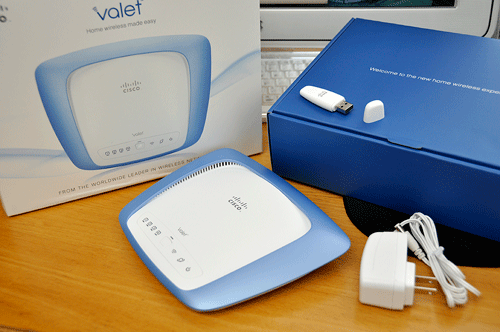 The Cisco created the Valet with the aim of enabling anyone to be able to setup a home wireless network with just a few clicks. To do that, Cisco has almost completely automated the process of setting one up. We were a little skeptical at first, but after having gone through it, we are now believers.

We inserted the USB key to initiate the setup and installation process. Our first instruction was to hook up the Valet router to the cable or DSL modem. We wanted to have both the old and the new WiFi network running at the same time. So instead of taking the signal from the cable modem, we looped it from the Linksys router. This point is not relevant to the setup, but we mention it for completeness. 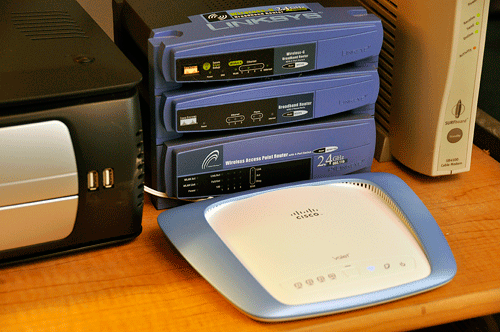 With the Valet connected and powered up, we went back to the Cisco Connect software and clicked on the “Next” button to complete the setup. With a few button clicks and NO typing, we were up and running in less than five minutes. It WAS amazingly simple. 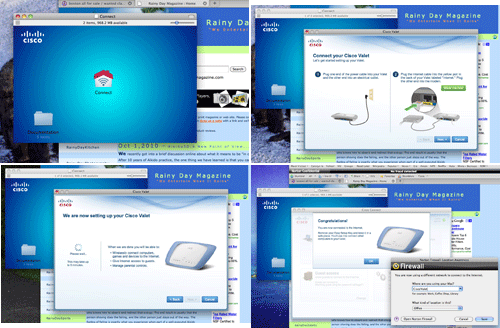 The network SSID name and a random Password for the access point were automatically generated by the software. The Valet also set up an additional “Guest” access point with a different password so that it may be given to a visitor. The guest will be able to get out to the Internet but not have access to resources (networked storage, printers, etc…) available on the main WiFi network. Nice! All the settings were automatically saved to the USB key for use to update other systems in the office.

However, before we went and updated the other systems, we wanted to pick our own SSID name and password. The “Change” page walked us through a series of clear and jargon-free  steps to quickly accomplishing the task. Once the new settings have been created, we inserted the USB key and the software automatically updated it with the new info. With an updated key, getting the rest of the machines in the office on the new network was just a matter of inserting the USB key and select the new access point. Everything else was handled automatically. BTW, even though the Cisco Connect software is easy to use, all of the technical parameters are still available to the knowledgeable user to fiddle with via the “Advance Settings” link. 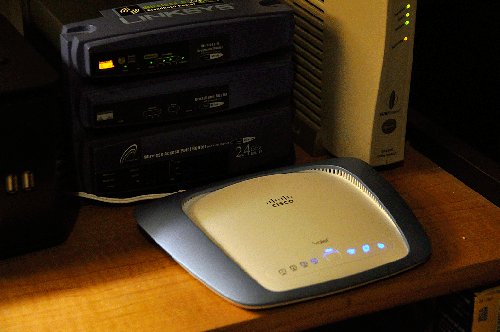 In summary, for anyone looking to setup their first home WiFi network, the Valet is definitely the way to go. The setup and installation of the Cisco Valet was exactly as quick and easy as promised. If you had set aside this Columbus Day weekend to setup your home WiFi network, you just got your weekend back 🙂 We’ll run the new WiFi network for a few months and give our update on its performance InTheWild. Look for it in December.

NOTE: The only problem we ran into with the new WiFi network was when we tried to update the Compaq desktop computer. The Windows XP running on that box did not have the latest Service Pack (SP3) installed. We made the mistake of downloading the SP3 update from Microsoft instead of from Compaq. If we had, we would have read the notice regarding the known problem with SP3 and how to get around it. Instead, we totally trashed the system and is still working through the process of trying to recover it. While the Valet automated setup is dependent on SP3 having been installed, our issue was in no way a problem attributable to the Valet. For readers with older Windows systems and do not want to install the SP3 update, we would recommend just manually entering the SSID and password.