We switched from Olympus to Nikon when we went from film to digital more than a decade ago. While the Nikon DSLR gear we have is video-capable, we rarely used it for video as there were less bulky options for that purpose (DV camcorder, Flip, iPhone). So when Nikon offered a DSLR video workshop in Boston, we thought it would be a good opportunity to learn more about this little-used feature on our camera. 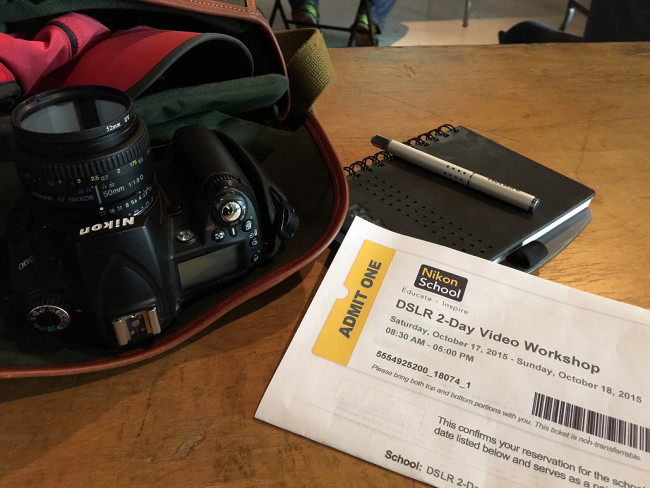 We really weren’t sure what to expect from the workshop, but boy were we pleasantly surprised! Using a DSLR to shoot video is NOTHING like shooting with a camcorder or an iPhone!!! The quality and control offered by the DSLR is pretty amazing.

The workshop was taught by two working pros (Michael Schwarz , Nick Didlick) with decades of combined experience in both still and video photography. They were well versed on Nikon’s cameras and their video capabilities, the additional gear a videographer needs for shooting with a DSLR, and the challenges one must take into account when going from shooting stills to video.

While attendees could bring their own camera to use for the workshop, Nikon had  plenty of their latest gear on hand for folks to borrow if they wished:

We brought along a D90 body and some lenses thinking it would be nice to learn on we have, but we opted to play with the more up-to-date Nikon DSLR setup instead. 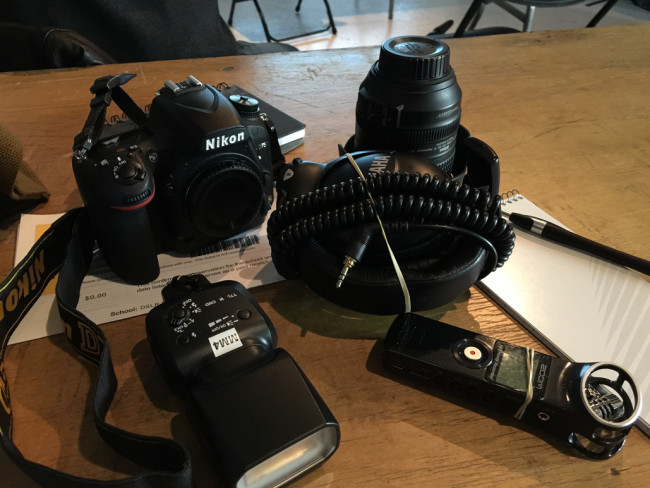 The heart of a DSLR video system is the camera body. While many DSLRs can take video, Nikon designs their DSLRs to make videography part of their strength. This means adding useful and easily accessible features and providing the quality that professionals and serious amateurs demand.

The Nikon D750 is a 24MP full-frame DSLR with a ton of video capabilities and features to meet all of the above requirements: 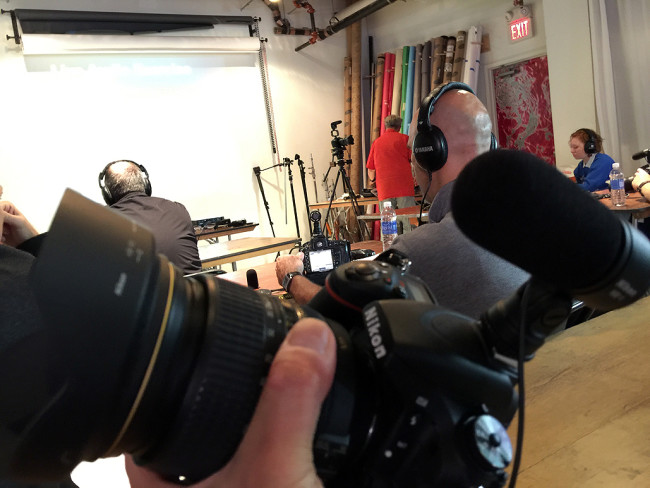 On the first day, we were shown the basics of the Nikon D750’s video features, settings, and how they affected the quality of the recording. The instructors walked us through the setup for a typical video interview: 3-point lighting, audio checks, framing, etc.

What made the demonstration especially valuable was the instructors’ pointing out all of the “gotchas” they have encountered at each step in their own careers. One such example was forgetting to hit the “OK” button after making an adjustment, because it often gets forgotten with of all the other stuff going on. What did we do when we paired off into practice groups? Forgot to hit the “OK” button on the camera after making the changes 🙂 Funny when in a studio, not so much when shooting from a helicopter on location. 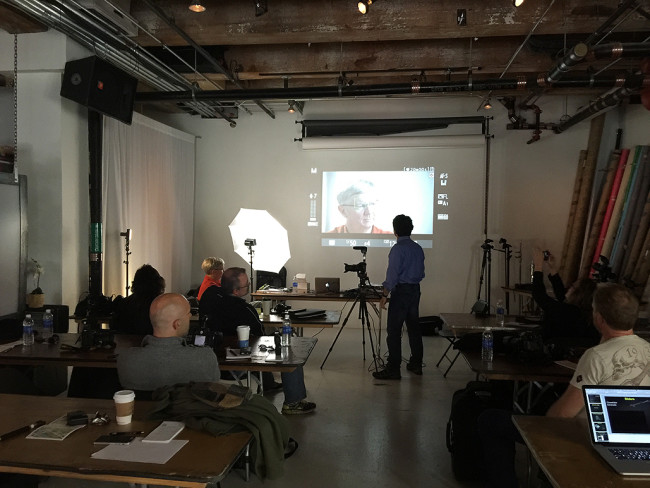 We noticed the special emphasis placed by both instructors on the importance and impact of audio, something photographers may not fully appreciate when starting out with video. If we had to pick a single “take away” point from the workshop, this would be it! Sound is a dimension to video that still photography doesn’t have, so it’s not part of a still photographer’s experience.  To capture it well requires learning not just about the gear but mastering the techniques and developing the intuition needed to “hear” the sound similar to “seeing” the image before clicking the shutter button. While this won’t happen after a two-day workshop, having it highlighted was most valuable. 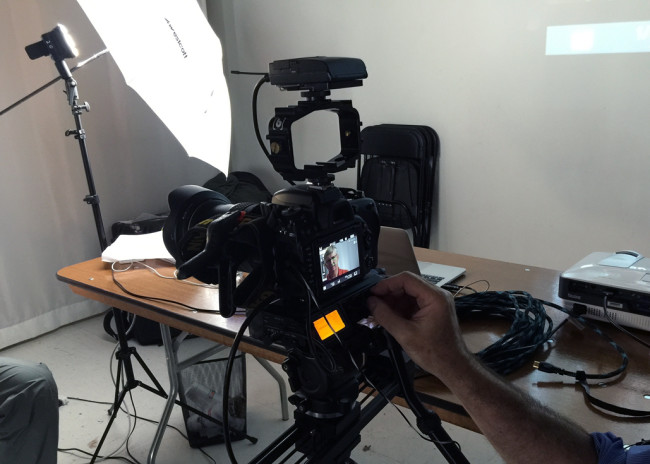 As with still photography, and depending on your personality, one can get over-enthusiastic or overwhelmed by the gear. What is nice about attending workshops taught by working pros is that students can tap not just these guys’ expertise, but their experience. Below are gear recommendations compiled by Nick and Michael, based not just on the gear’s potential usefulness, but how often they themselves actually used the gear InTheWild. Knowledge like this will not only save students money, but will help them spend their money wisely!

“Nice to have” gear:

“Bill it to the client” gear: 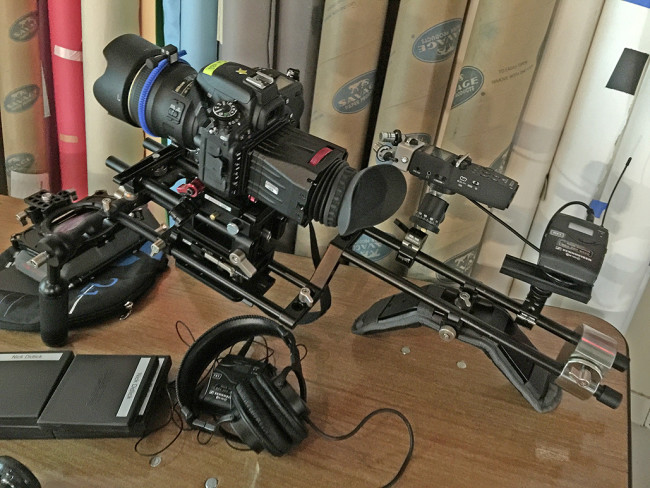 We found the Nikon School DSLR 2-Day Workshop to be an excellent intro to learning the basics of DSLR videography. We came away with hands-on knowledge of using the Nikon DSLR to shoot video, basics of filming, and lots of valuable tips from working pros.

While our heads are still kind of swimming from the massive download, now that we have some time to reflect, we are starting to sort it out. The next thing is obviously to try out some of the things we learned in the class!!! Stay tuned 🙂