The weather was a balmy 55º today in Boston, but that did not stop the wintersports enthusiasts from turning out for the 29th Annual Ski & Snowboard Expo (running over the weekend). It was the place to be for anyone looking for a deal on ski packages, day passes, or gear. Resort owners, ski lift operators, and others with a stake were out in force with plenty of tempting offers, package deals, and season discounts. 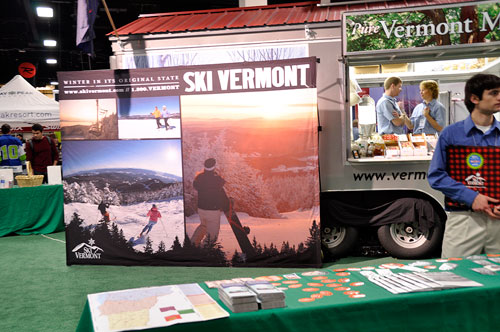 Skiing is a huge business for New England, even for the smaller operators. There was some worry that the slow(er) economy might make folks cut back on discretionary spending, thus spelling doom for the small family-run outfits. Funnily enough, the smaller ski-area operations have seen a resurgence because of the weak(er) economy. For the past few years, families have opted for the lower prices, shorter lines, and homier charms at these smaller places. The greater-than-normal amount of natural snow fall hasn’t hurt things any neither. Let’s hope things continue in this manner this season! 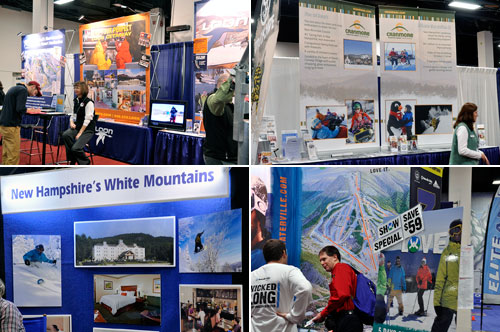 It has been a few years since our last Winter Outing. If the schedule permits, we may put another one together for 2011. The Bretton Woods looked pretty interesting. It will be a departure from the smaller and more intimate places we typically favor, but it is always good to step out of the comfort zone. We’ll see what we can work out. Stay tuned. 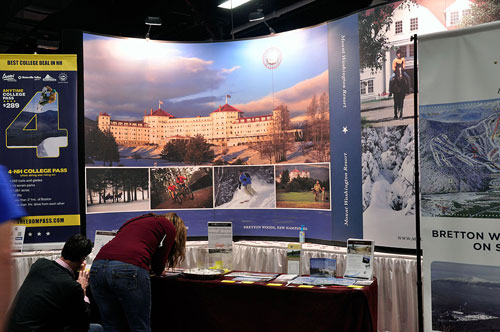 Every once in a while, we come across an interesting technology at these expos. We did an article about the company  UnderArmour in 2005. They make “performance” underwear for athletes, and today are one of the hottest athletics brands around. In 2006, we reported on a small company called Beyond Fleece. They make custom-cut fleece jackets which may be ordered directly online. Today, they have expanded into a much larger operation (the U.S. Secret Service is one of their customers). We were passing by the WSI Sports booth when we overheard a pitch about their HEATR line of winter wear, so we stopped to check it out. 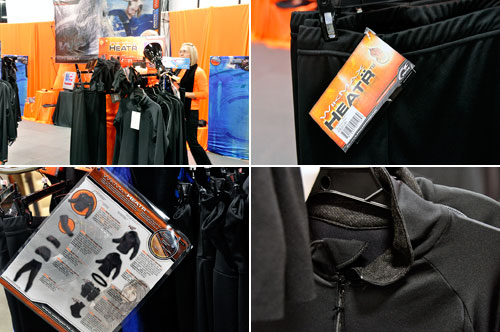 The claim is that HEATR fiber retains more heat than wool, polyester, cotton, silk, nylon or acrylic. Regular fibers are bulkier, yet do not retain heat as well as HEATR material. In addition, incorporated into the fabric is a moisture-wicking technology called WikMax. It is designed for the active person who needs maximum wicking. The gear made by WSI Sports are body mapped using HEATR materials where needed. There is ventilation in the underarm area, but a thicker layer in the body and arms to insulate and minimize chill. We will try and take a closer look at the WikMax HEATR line this Winter and report back. 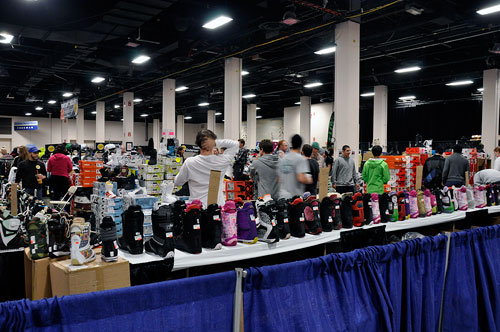 The Expo was not only a great place to go for finding ski deals and checking out new gear. It was also a great opportunity to snag some awesome discounts on equipment for the upcoming season. Deals of up to 70% off were there to be had. If you missed this year’s expo, be sure to mark your calendar for next year!